Spider-Man is an action-adventure video game developed by Insomniac Games in collaboration with Marvel Games and published by Sony Interactive Entertainment.

Spider-Man is an action-adventure video game developed by Insomniac Games in collaboration with Marvel Games and published by Sony Interactive Entertainment. The game is based on the Marvel comic book" Spider-Man ". The game was released on September 7, 2018 for PlayStation 4 and November 12, 2020 for PlayStation 5. 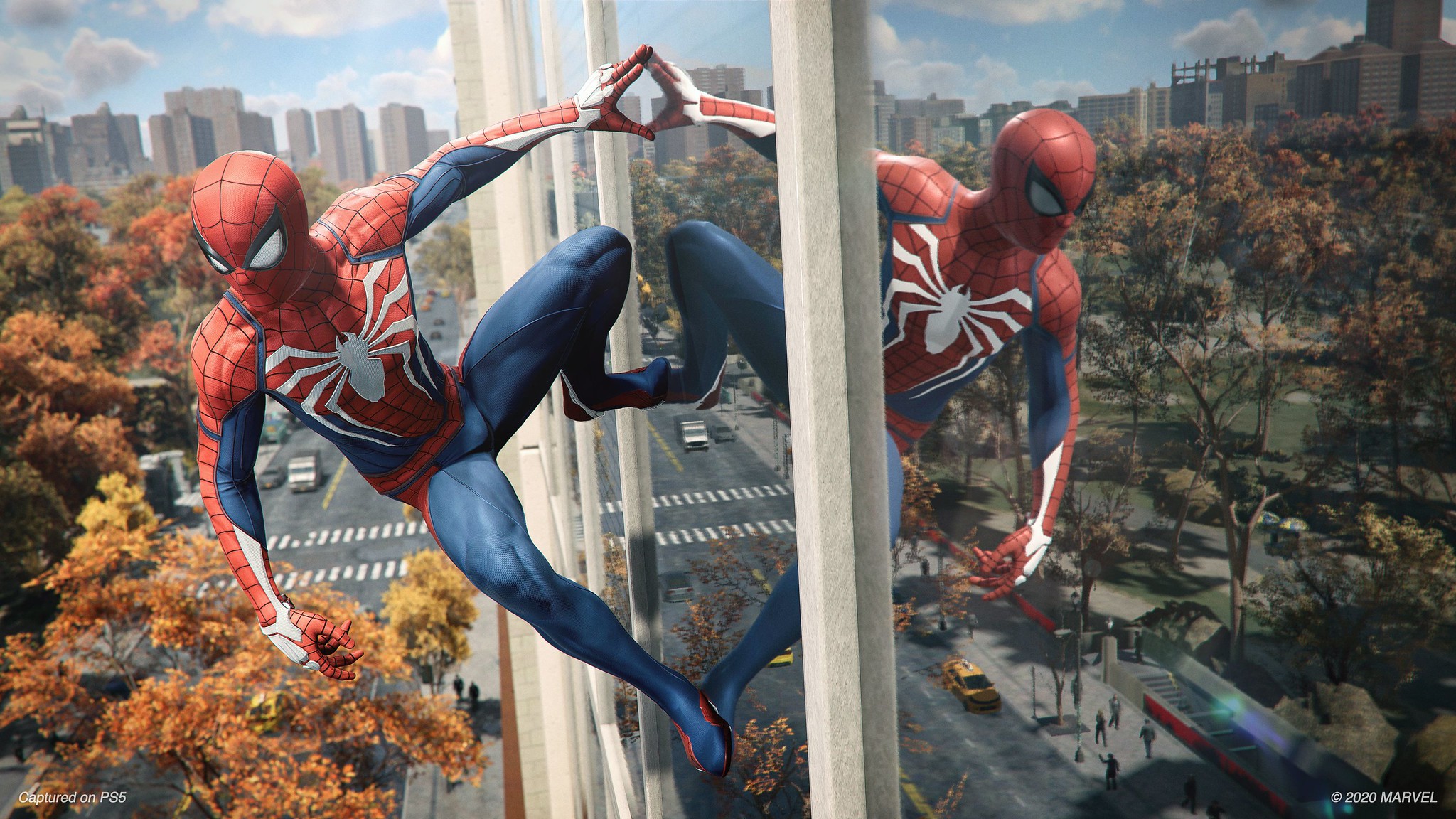 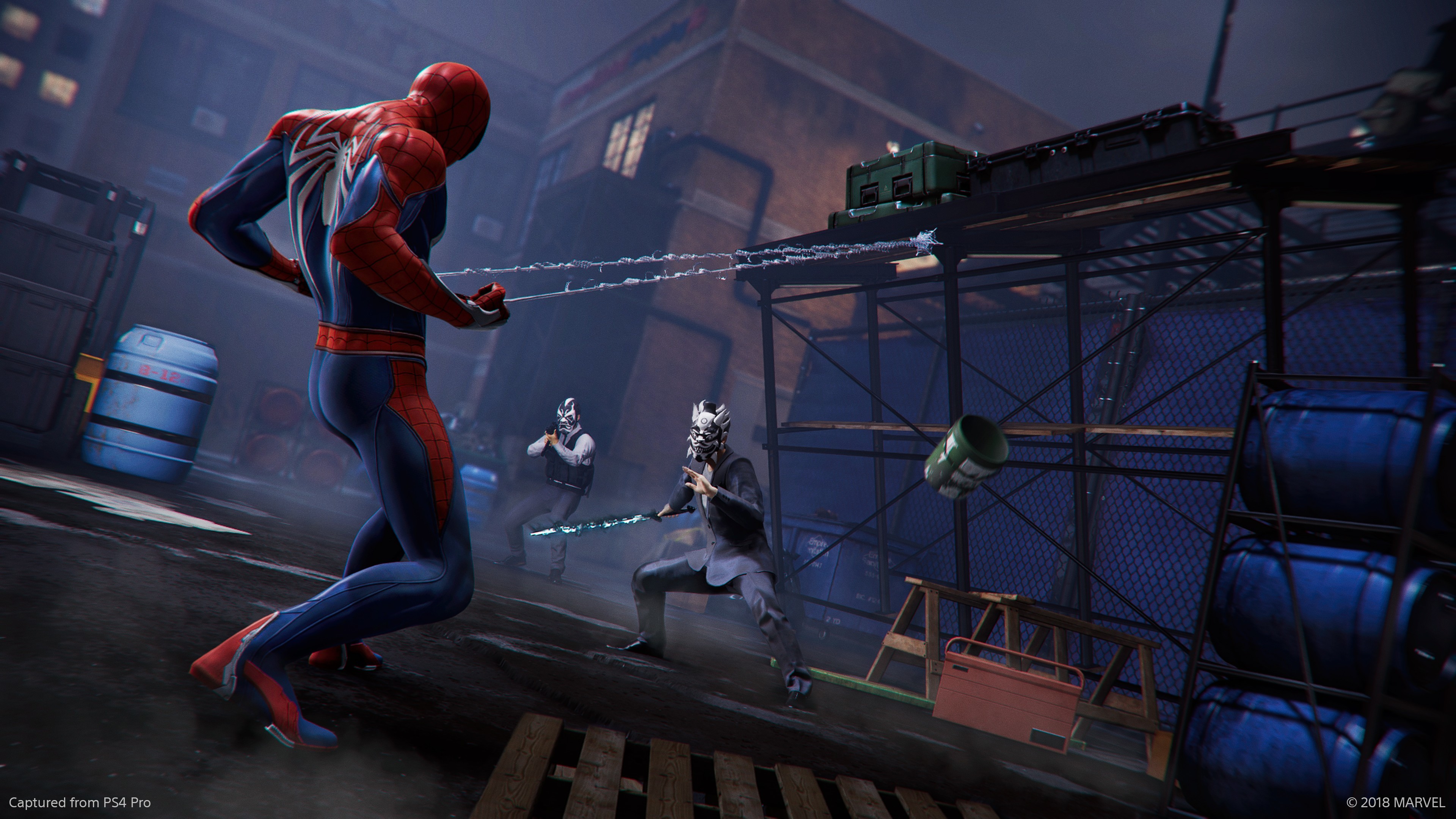 Spider-Man is an open-world, third-person, RPG set in New York City. Players use Spider-Man's skills, such as web flying and sticking to walls. The game features innovations that have not yet appeared in all Spider-Man games - such as parkour and the use of the environment during combat. Spider-Man's arsenal will consist of "Spider Gadgets" - new types of webs, drones, and bombs. As the game progresses, new costumes become available. 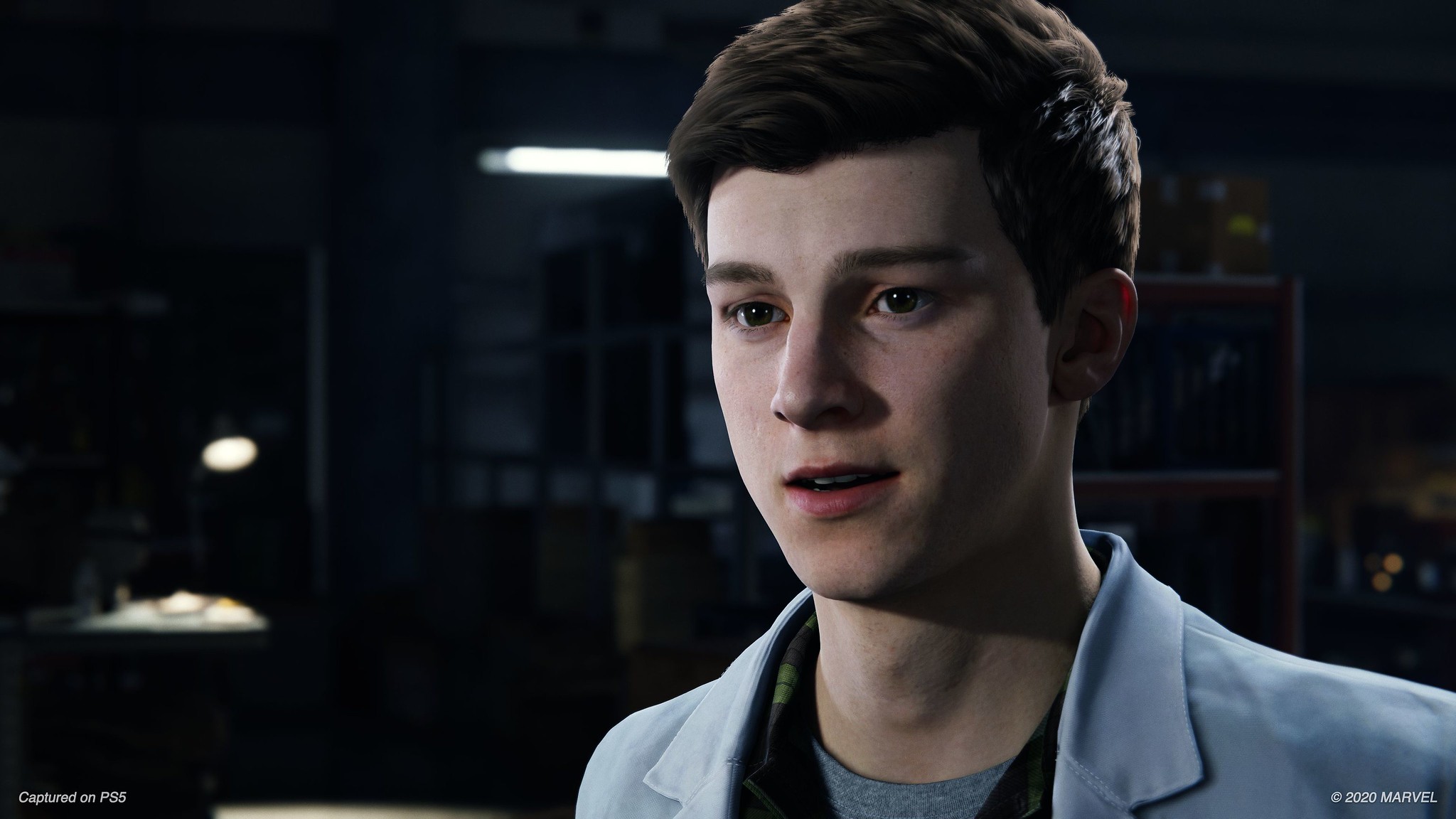 The game takes place in New York City. Peter Parker is 23 years old and, according to the plot, he has been Spider-Man for 8 years. He works for the scientist Otto Octavius, with whom they develop a new kind of intelligent prosthesis. Otto has serious financial difficulties, as his work is paid from municipal grants. The mayor of the city and his former colleague Norman Osborn, with whom they organized Oscorp together, puts spokes in wheels, the name is derived from their names - Osborn and Otto. Despite this, he and Parker are making some progress. Early in the game, the protagonist helps arrest Wilson Fisk, which sparks a gang war. The criminal world of the city begins to take over the Demon gang, Chinese immigrants with a clouded mind. While investigating the gang's activities, Spider-Man meets Officer Jefferson, with whom they find warehouses of demonic weapons. In the ensuing chase and shootout, the officer helps Spider-Man in capturing the gang members, after which he is awarded an honorary award from the mayor of the city. During the ceremony, a terrorist attack occurs, the purpose of which was to assassinate the mayor of the city. Officer Jefferson dies in a terrorist attack, and the player is introduced to his son - Miles Morales. Peter meets him at the funeral and offers his condolences, to which Miles reacts strongly. The assassination pushes Osborn to hire an international organization, Sable International, led by a woman nicknamed Silver Sable, to protect him. She recommends that Spider-Man not interfere, and if he sees it again, he will shoot. Next, Peter finds out that the gang is run by the owner of the P.I.R. Demons are hunting a professor who has been developing a substance called Devil's Breath. In parallel with the events in Otto's laboratory, there are some successes in the creation of prostheses. Octavius ​​decides to reconsider his views and decides to redirect his work towards human empowerment by developing new limbs instead of prosthetics. The first tests with Parker are relatively successful, but the project needs serious improvement.

Spider-Man rescues Miles from street thugs, after which he comes to work in P.I.R., where he was recommended by Peter, to help get through the pain of losing his father. Mr. Lee orchestrates an attack on Oscorp employee Dr. Michaels, who is under Sable's protection. During the convoy, the demons attack the convoy and kidnap it. Spider manages to save the scientist, but Devil's Breath is kidnapped by Mister Negative. With the help of this substance, the demons are trying to commit a terrorist attack at the city station. Mary Jane helps Spider-Man prevent a terrorist attack by deactivating a bomb. After that, the heroes discover Lee, who is trying to escape on the train, but the Spider catches up with him and a fight begins, as a result of which he defeats the villain and sends him to jail. Octavius ​​invites Parker to test out a prototype of his invention, a suit with tentacles controlled by the brain. The tests are successful, but Peter discovers a serious effect of the neural interface on the brain and advises the professor to wait, to finalize the device. Otto agrees, but after the hero leaves, he sees a news release in which he sees his rival, Norman Osborn, preparing for the mayoral election. The professor gets angry and puts on the costume again, which, as it turns out, will increase Octavius's anger and drive him crazy. It would seem that the worst is over, but the local Riker prison is attacked, and a mass escape of prisoners begins.

Supervillains go free - Mister Negative, Rhino, Scorpion, Vulture and Electro. A state of emergency has been declared in New York. Sable's agents and the police go after the escaped prisoners, but Sable blames Spider-Man for what happened, declaring him a priority target for the agents. The mercenaries also solve problems by force, not only with criminals, but also with any civilians who, in their opinion, are suspicious. The employer of the villains is Otto Octavius, now called the Octopus. The task of the villains is to commit a series of crimes to destroy the Oscorp company. While the hero deals with the villains, the Octopus sprays "Devil's Breath" around the city, and an epidemic begins. Aunt May is among the infected. Miles helps the sick at the P.I.R., and MJ breaks into Osborn's penthouse to find information about the vaccine. It turns out that the friend of the heroes Harry Osbornterminally ill, and Devil's Breath is a failed vaccine-turned-bioweapon. It also reveals the origin of Mister Negative, who was the victim of a failed experiment at Oscorp, and his motive for revenge on Osborn. While collecting information, a spider similar to the one that once bit Parker sits on Mary Jane. Later, this spider crawls onto Miles and bites him.

Mister Negative kidnaps Osborn and tortures him in Oscorp's lab. The hero comes to the rescue and, having defeated the villain, tries to take the vaccine against the disease. However, the Octopus immediately appears, which badly injures the Spider in the fight, after which he takes the medicine and the mayor. Sable rescues the hero and brings him to P.I.R., where Dr. Michaels helps him. After a while, Peter comes to his senses and decides to prepare for a fight with Octavius. In the laboratory, based on the developments, he creates an armored suit. Sable gets in touch with him and says that she is leaving New York, as she needs to rethink what is happening, but her agents are still paid, and they remain, their goals are the same.

Having entered the fray, the hero, during a difficult battle, still manages to defeat his mentor, who, it turns out, knew all this time that Peter was Spider-Man. For Parker, the battle is especially difficult psychologically, as the man he looked up to has become a villain. Having defeated the Octopus, the hero takes the medicine. Dr. Michaels says that the whole serum is needed for production and it will take about a day to make, and Aunt May needs it urgently, since she is in critical condition, and he must choose: either the life of his aunt or the infected New Yorkers. After a short dialogue with the dying May, who, as it turned out, also knew all this time that Peter is Spider-Man, the hero decides to give the vaccine to people, Aunt May dies. Months later, Miles helps Parker move things into his new apartment. Morales admits that strange things happen to him and demonstrates his abilities after being bitten by a spider by jumping to the ceiling, Peter jumps the same way. The cut-scene cuts to Norman Osborn's penthouse, where he approaches a tank in which his son Harry is immersed in sleep, wrapped in a symbiote (presumably Venom ), and Osborn swears that he will find a cure to cure him. This is where the main storyline of the game ends.