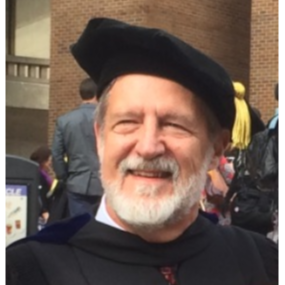 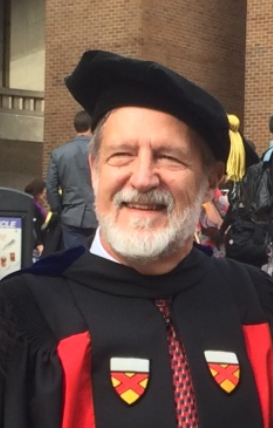 Garrison received his B.A. in Economics at Indiana University and his Ph.D. in Economics at Stanford University. During his doctoral training, Garrison was mentored by Victor Fuchs, who is considered "the dean of health economists."

Garrison served as the president of the International Society for Pharmacoeconomics and Outcomes Research (2016-2017) and is Professor Emeritus at the University of Washington School of Pharmacy. Garrison’s career began with 13 years in non-profit health policy research at the Battelle Memorial Institute Human Affairs Research Centers (Seattle), and at the Project HOPE Center for Health Affairs (Virginia), where he was the Director from 1989-1992. Following this, he worked as an economist in the pharmaceutical industry for 12 years. From 2002-2004, he was Vice President and Head of Health Economics & Strategic Pricing in Hoffmann-La Roche Pharmaceuticals, and was based in Basel, Switzerland. He then joined the faculty at the University of Washington School of Pharmacy in 2004 until his retirement in 2017.

Garrison argued that a major challenge to pharmaceutical innovation has been the misalignment of incentives. He further argued that the global product life cycle of oncology medications depended in large part to monopoly power associated with time-limited patent protection given by the Food and Drug Administration. Garrison highlighted that value is a dynamic and moving target and that pharmaceutical pricing should reward innovation based on the value created. Inflexible or fixed pricing schemes do not capture the dynamic value of pharmaceuticals, especially when considering the product life cycle.

The advent of personalized medicine prompted discussion on its value and reimbursement decision. Garrison and MJ Finley Austin used a standard insure-payer reimbursement framework to identify that health systems reforms are necessary to develop economic incentives for personalized medicine. Garrison believed that a global perspective is necessary to share the cost of innovative medicines, which will result in dynamic efficiency and global public goods.

In 2017, Garrison was selected as part of the PharmVOICE 100. Garrison was also honored by being inducted to New Albany High School Hall of Fame (2017), and being honored for his life-time achievements at the Pharmaceutical Outcomes Research and Policy Program 20th Anniversary Research Symposium hosted by University of Washington School of Pharmacy (2016).

"Created via: Web app"
Vitold River created this topic on 6 Feb, 2022
Edits made to:
Infobox (+1 properties)