Who is Lil Yachty?

Lil Yacthy, is a rapper, singer and a songwriter, best known for his single ‘One Night’. His actual name is Miles Parks McCollum and he is also known as King Boat, Lil Boat and Nautica Boat Boy. He rose to fame with his two mixtapes ‘Summer Songs 2’ and ‘Lil Boat’. However this wasn’t his first stint as a singer. His initial recognition came in August 2015 for his singles ‘One Night’ and ‘Minnesota’. Both these were part of his debut EP (Extended Play) called ‘Summer Songs’. Currently he has music labels like ‘Capital Records’, ‘Quality Control Music’ and ‘Motown Records’ under his belt. Yachty has worked with prominent rappers like ‘D.R.A.M’ and ‘Chance the Rapper’ among many others. Yachty also sells his own merchandise over his official website. Apart from this, the website also provides snippets of his private life and updates on upcoming performances, concerts and tours of Yachty. A lot of updates about Yachty’s music and his regular life can be sourced from his own social media pages or through this website. 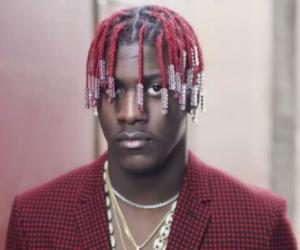 In 2015, he adopted the name "Yachty" and moved from Atlanta to New York, in order to make it big in life. In New York, he stayed with a friend and looked for ways to enter the music areana. Meanwhile, he networked with online street fashion personalities and built a decent fan following on Instagram.

He teamed up with Burberry Perry, producer and beat maker and later his other main collaborator K$upreme. The trio is collectively known as 'The Saling Team' and worked in Lil Yachty’s bedroom studio. His initial success came when Drake’s OVO Sound Radio aired his hit 'Minnesota'.

Lil Yachty's breakthrough moment came with his track ‘1Night’. He posted the video of the track online and it soon went viral. Media limelight was focused on him when the SoundCloud version of his song ‘One Night’ was used in a viral meme video.

Yachty's networking with online street fashion personalities paid off and in Februay 2016, modeled for Kanye West's Yeezy Season 3 fashion line at Madison Square Garden. His debut mixtape ' Lil Boat' was released in March 2016. In April 2016, he collaborated with D.R.A.M. on the hit song "Broccoli", which peaked at number 5 on the Billboard Hot 100.

Lil Yachty was born in Atlanta.

Who is Lil Yachty? Everything You Need to Know