Lemonade is An insurance technology company using artificial intelligence and behavioural economics to offer home and renters insurance that is headquartered in New York City, New York and was founded in 2015 by Daniel Schreiber and Shai Wininger. 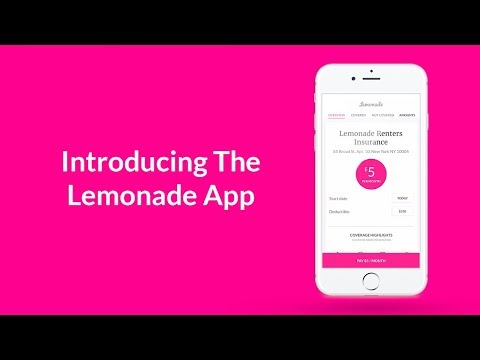 Lemonade offers users a monthly subscription for Contents Insurance or Liability Insurance (or both packaged) starting at two Euros per month. Insurance can cover the user, their home, and everything they own. The company also leverages an artificial intelligence designed to craft coverage plans for customers.

What’s not commonly known, however, is that the peer-to-peer transactions at work when claims are paid operate on a distributed ledger via smart contracts — a digital policy that pays out instantly once a claim is verified.

On August 30, 2016 Lemonade completed their series A funding round with $13 million in funding from Sequoia Capital Israel and Aleph.

"That was fun! Now for Act 2" Lemonade CEO Daniel Schreiber at ITC 2018

Bloomberg - Are you a robot?

First, Fire All The Brokers: How Lemonade, A Millennial-Loved Fintech Unicorn, Is Disrupting The Insurance Business