Who is Kristen Wiig?

Kristen Wiig is a popular American comedienne, actress, producer, and writer. She is of English and Scottish descent from her mother’s side and Norwegian and Irish ancestry from her father’s side. Although a shy person, she was identified for her comedy skills right from her childhood. Kristen Wiig began her career by performing with comedy troops and in live television comedy shows. She then worked her way up, consequently making a name for herself in the comedy genre. She has also acted in several films like ‘Bridesmaids,’ ‘Whip It,’ and ‘Adventureland.’ Apart from acting, Kristen Wiig has voiced several characters in popular animation movies as well as gained recognition as a script writer. She has been nominated for prestigious awards like ‘Academy Awards’ and ‘Primetime Emmy Awards’ for her contribution to movies. As far as her personal life is concerned, she is fond of painting and drawing. She has twin children who were born via surrogacy. 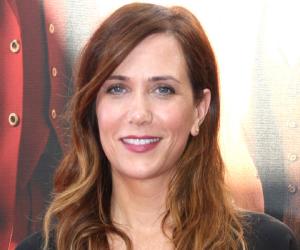 Kristen Wiig relocated to Los Angeles after dropping out of college to pursue acting. During her initial days in Los Angeles, she did odd jobs like selling fruits, folding clothes, catering, etc. to support herself. A co-worker took her to the auditions of ‘The Groundlings,’ a sketch comedy theatre, where she got selected. She began working at ‘The Groundlings’ and also started performing at the ‘Empty Stage Comedy Theatre.’

In 2003, she appeared in ‘The Joe Schmo Show,’ satire of a reality television, on Spike TV. During her stint at ‘The Groundlings,’ her manager supported her to audition for ‘Saturday Night Live,’ a live TV sketch comedy show. Kristen Wiig was selected in the midst of the 31st season of ‘Saturday Night Live,’ in the year 2005.

In 2006, Kristen Wiig made her film debut with ‘Unaccompanied Minors.’ The following year, she made appearances in movies, such as ‘Knocked Up,’ ‘Walk Hard: The Dewey Cox Story,’ ‘Meet Bill,’ and ‘The Brothers Solomon.’

In 2008, she landed minor roles in movies like ‘Forgetting Sarah Marshall,’ ‘Pretty Bird,’ and ‘Ghost Town.’ In 2009, Kristen Wiig played a supporting role in Drew Barrymore’s directorial debut ‘Whip It.’ The same year, she also appeared in ‘Adventureland’ and ‘Extract,’ and voiced ‘Pudgy Beaver Mom’ in the computer-animated adventure comedy film ‘Ice Age: Dawn of the Dinosaurs.’

In 2010, she voiced characters in animated films like ‘Despicable Me’ and ‘How to Train Your Dragon.’ She also appeared in other feature films like ‘All Good Things’ and ‘MacGruber.’

Her big breakthrough came in 2011, when she landed her first lead role in the movie ‘Paul.’ The same year, she starred in ‘Bridesmaids,’ a movie which she co-wrote with Annie Mumolo for ‘Universal Pictures.’ The movie went on to gain box office success as well as critical acclaim.

In 2012, Kristen Wiig made her final appearance as a cast member of ‘Saturday Night Live’ during its 37th season. She has returned to the show on several occasions, making guest appearances.

In 2016, she became part of the fantasy comedy film ‘Ghostbusters,’ which bombed at the box office. Her other movies in that year include ‘Zoolander 2,’ ‘Sausage Party,’ and ‘Masterminds.’

She once again starred with her ‘The Martian’ co-star Matt Damon in 2017 for the science fiction comedy ‘Downsizing.’ Later in the same year, she was seen in the horror movie ‘The Mother!’ alongside Jennifer Lawrence. She also reprised her voice role as ‘Agent Lucy Wilde’ in the computer-animated comedy film ‘Despicable Me 3.’

In 2018, she was cast to play 'Cheetah,' the main villain of Patty Jenkins' superhero film ‘Wonder Woman 1984.’ The film is slated for release in 2020. In 2019, she became part of the ensemble cast of mystery comedy ‘Where'd You Go, Bernadette.’ The same year, she started voicing ‘Jenny Hart’ in the animated sitcom series ‘Bless the Harts.’

In 2019, she was cast to play one of the lead roles in Josh Greenbaum's comedy film ‘Barb and Star Go to Vista Del Mar,’ which is slated for release in 2021. In 2019, she was also cast to play a supporting role in Gil Kenan's family film ‘A Boy Called Christmas.’ In 2020, she returned to ‘Saturday Night Live’ to host an episode titled ‘Kristen Wiig/Boyz II Men.’

Who is Kristen Wiig? Everything You Need to Know

Who is Kristen Wiig? Everything You Need to Know