A couple of years ago, an unknown teenage girl, and today a participant in high-profile scandals and the queen of hype – all this is about the blogger Instasamke. Read about what Daria Zoteeva went through on her way to fame in our material.

Daria Zoteeva was born on May 11, 2000 in Tobolsk. Her parents are entrepreneurs. A few years after Dasha's birth, the family moved to Chekhov near Moscow. Dasha and her younger sister Rita never needed anything and bathed in parental love. However, in 2010, Zoteeva's father abandoned the family, which was a strong blow for the future star.

Soon the girls and their mother moved to Moscow. Dasha's relations with her classmates in the capital did not go well. Zoteeva often became a victim of bullying by her peers. Instasamka even talked about a one-sided conflict with a high school student in an interview. Faced with abuse, she realized that she needed to get tougher. Since then, Zoteeva began to fight back against her abusers.

In addition to the evil classmates, Dasha Zoteeva was not satisfied with the educational process itself at school. The girl was not distinguished by diligent behavior, could not boast of good grades and often skipped classes. After the 9th grade, Insta herself enrolled in college, but the prospect of spending several years on boring studies, so that after that she could work by profession until retirement, did not attract the future star. According to the blogger, she has never seen herself in the role of an office worker or a saleswoman in a store. Zoteeva dreamed of being realized in creativity.

To create a page on Instagram in 2016, the girl was motivated by the desire to become independent from her mother and provide for herself. Even then Daria realized that blogging can make good money. At first, Zoteeva, like most novice influencers, just talked about herself and her life. But the number of subscribers grew slowly, and then Zoteeva decided that people needed provocations and negative emotions.

She took the nickname of the President and began to comment on socially significant events. One of the first viral videos was a video about the tragedy in Kemerovo. Daria also shot short sketches about her life and recorded duets with other bloggers. Surely some of you have at least once sent friends a video of Zoteeva, in which she dances against the background of the kitchen. Simple, but relevant stories attracted the attention of users. 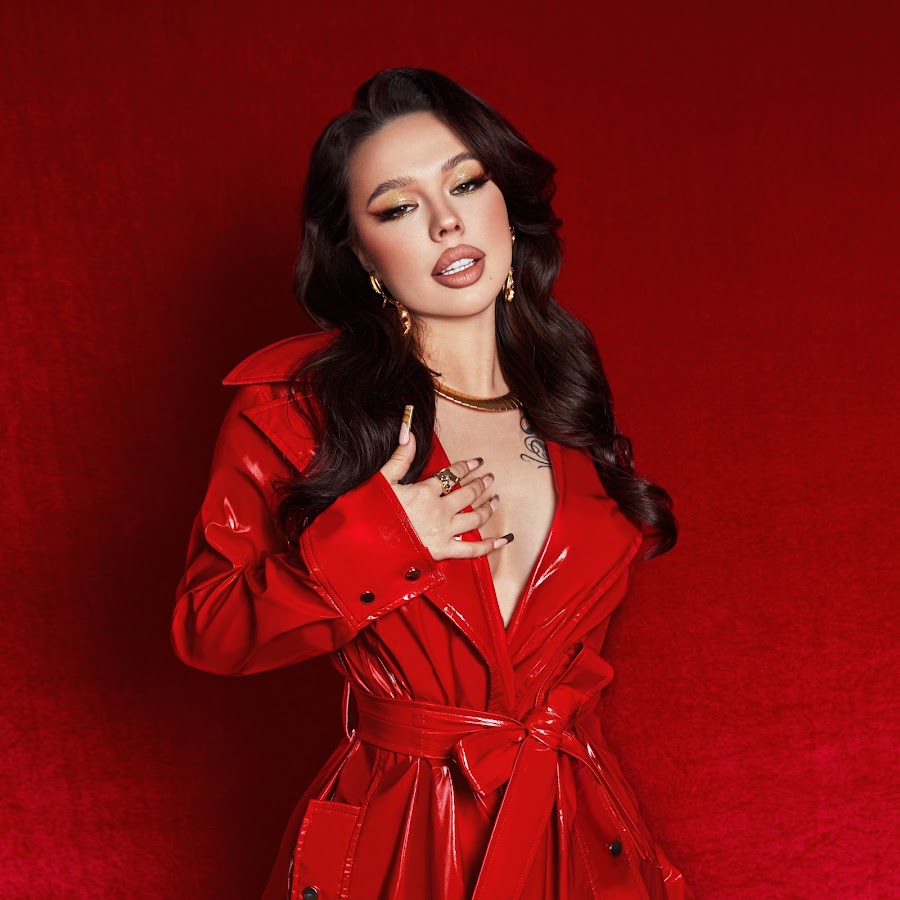 Soon Zoteeva changed her pseudonym to Instasamka. She created the image of a scandalous defiant person who swears obscenities through the word. An integral part of the blogger's corporate identity has become long nails, tattoos, as well as a characteristic movement imitating oral sex. The account began to bring Instasamke a good income. The girl moved out from her mother and now she herself began to help her. At first, Zoteeva's mother opened an online store, and in 2019 she took up the hotel business.

In addition to the Instagram blog, Insta herself runs a Telegram channel and shoots videos for TikTok, which consistently gain more than a million views. The girl is also actively engaged in music. The first tracks were released in 2019 and collected a lot of positive reviews, so the girl quickly released the first album Born to flex.

The popularity of Insta females grew rapidly. She became a frequent guest of popular YouTube shows, large companies began to cooperate with her. Dasha even took up charity work: she visited an orphanage and an animal shelter, but only a few believed in the purity of her thoughts – because Zoteeva did everything for the sake of hype — arranged accidents, robbery in her own apartment and repeatedly insulted other people.

In 2020, Dasha also managed to try herself as a TV presenter. Zoteeva was chosen as one of the hosts of Valery Komissarov's "Battle of Thrones" project. Her partners were Nastasya Samburskaya and a hologram of Lyudmila Gurchenko, the projection of which was recreated with the help of artificial intelligence. The project is a reality show in which 22 participants compete for the main prize under the sight of 300 cameras. Two teams participate in the competition, in which fabulous monarchy and democracy reign. However, after several days of filming Insta, the female was fired. The reason is the same - the scandalous blogger. In Anastasia Ivleva's show, Dasha stated that she agreed to participate in the show only because of the fee. As a result, Valery Komissarov decided to remove Zoteeva from the project.

Once Instasamka admitted in an interview that she began to receive an income that would "blow the roof off" any 19-year-old girl. Therefore, she sincerely does not understand why other media personalities hate her. Zoteeva claims that Instasamka is just a commercial project, so the blogger herself as a person cannot be judged by her stage image. According to the star, subscribers see only what she allows them to see, and most of real life remains behind the scenes.

In October 2020, Daria released the book "Hype on Instagram: a Conversation about Facts". In it, she told about her life and the difficulties she had to overcome. "I don't understand people, I consider them morons – those who squander money. Today they are, and tomorrow? I'll have them tomorrow, because I work like Papa Carlo, I don't sit straight, I'm a plowman," she writes in it.

Despite the negativity, the girl continues to create a hype around her name. Daria tours Russian cities a lot with her boyfriend Oleg Kenfckyou, continues to shoot videos for social networks and regularly shocks the public with scandalous antics. Recently, Zoteeva published photos showing how Daria looked before plastic surgery. And although everyone liked the naturalness and freshness of the girl, Instasamka herself believes that you can't really look at the pictures without tears.