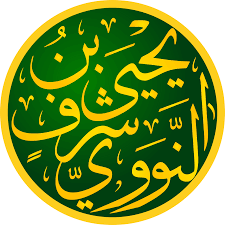 The great scholars and pious individuals of the past can be great examples for the living. Their behavior and actions can have a great effect upon the hearts.

Imam Al Nawawi, also known as Imam Nawawi or Imam An Nawawi, had a very short life of 45 years but during this short period, he had written a large number of books on different subjects and his every book has been recognized as a valuable treasure of Islamic knowledge.

His Birth and Family:

Imam an-Nawawi was born in the holy month of Muharram 631 AH (1233 AD) in Nawa Village, near capital city of Damascus, Syria. Al Nawawi did not come from a well-known family. There is very little mention of his father and other relatives. This implies that they were a modest family. They also were not known for producing great scholars. However, his father did have a reputation for being very pious and God-fearing.

His full name is Abu Zakaria Mohi-ud-din Yahya, son of Sharaf An-Nawawi, son of Murry, son of Hassan, son of Hussain, son of Muhammad, son of Juma, son of Hazam. He is given the descriptive name Al Nawawi because of his hometown.

Islam in Seventh Century of the Hijra (7th AH):

The 7th century of Islam was a very turbulent time as Mongols invaded the Muslim lands (Middle East). However during the last decade of the century, Mongols were defeated and removed from these Muslim lands. By the grace and mercy of Allah, these turbulent times did not mean the end of Islamic studies for the inhabitants of that area. In fact, Noor Al­Deen Zanki opened the 1st Dar-ul-Hadith in Damascus during this century. One does not find a shortage of scholars and learning even during that turbulent century of Islamic history.

From his youth, Al-Nawawi was not attracted to sports or playing. Indeed, the other children chided him for this. From an early age, he turned his attention to his studies. He hated any activity that would take him away from memorizing the Quran. On one occasion, the children forced him to play with them and he cried because of the time that he was wasting. It is not surprising then that he memorized the Quran at an early age. His teacher in Nawa conveyed this incident to Imam's father who was a virtuous and pious man. Keeping in view the learning quest of his son, he decided to dedicate the life of his son for the service and promotion of the cause of Islamic Faith. In a short period, An-Nawawi learnt to read the Quran and by that time he nearly had attained puberty.

His Pursuit of Knowledge:

Imam An-Nawawi lived in Nawa till the age of 18 years. In the year 649 AH, he went to Damascus which, at that time, was considered the center of learning as there were more than three hundred institutes, colleges and universities in Damascus. He studied Hadith, Islamic jurisprudence and principles from more many great Islamic scholars such lshaaq ibn Ahmad al­ Maghrabi Al-Maqdisi, Abdul Rahmaan Al-Anbari and Abdul Azeez Al-Ansaari. He studied Sahih Muslim from Abu lshaaq Ibraaheem Al-Waasiti. Imam Nawawi studied at Madrasah Saaramiya school, Madrasah Rawahiyah (affiliated with the Ummvi University) and Daar-ul-Hadits. He began teaching at the Ashrafiyah school at the age of 24. His reputation and excellence as a scholar began to be recognized by the scholars and inhabitants of Damascus. During this period, he performed the Hajj pilgrimage in 1253 AD.

His pursuit of knowledge dominated his entire life. He would put all of his time into studying, learning and teaching. It is even stated that he would not sleep except when sleep would overtake him. He would rest on his book and sleep for a little, then he would act startled upon awakening and continue studying. He once said about himself,

"He would not waste any moment of the day or night but he would spend it busy with attaining knowledge. Even when he is walking in the streets, he will be busy going over what he had remembered and reviewing his notes. He continued gaining knowledge in that way for a period of six years."

He led a very austere, simple and modest life although it would have been possible for him to live otherwise, given his teaching position and influence. Some narrations state that all the clothing he possessed was a turban and a long gown. He did not desire any of the pleasures of this world. At one point in time, he would not eat anything except some cake and olives that his father would send him from time to time from Nawa. One of the reasons for this was that he was certain that such food came from permissible sources.

He did not accept a stipend for his teaching. Nawawi’s only material possession of this world was books as his small room was like a warehouse of books and his goal was not simply to possess a large library. His books were not for decoration or display. Instead, he benefited greatly from those works and, from his lectures and writings, numerous people have benefited from them since then.

Al Nawawi never got married and the reasons for this was his austerity and lack of desire for the pleasures of this world. His life was filled with the desire to learn, teach and engage in acts of worship. Al-Diqr writes:

“It is possible that he did not marry because he feared that he would not be able to fulfill the rights of his wife due to his learning desires.”

Al Nawawi started writing in the year 663 or 664. Hence, in a span of twelve or thirteen years, he compiled some of the most important works in the history of Islam. His classic work, Al­Majmoo, which he did not complete, is published in nine large sized volumes. Following is just some of his works that he completed in that short time:

1. Riyaadh Al-Saaliheen ("Gardens of the Righteous")

Besides his writings, of course, Al-Nawawi cast his influence over numerous students. He taught for many years and many people benefited from him. Some of his better known students include:

Al-Nawawi and the Ruler:

The leader of the Muslims during much of Al-Nawawi lifetime was Al-Sultan al-Dhaahir. He was a war hero. He was the one who fought the Mongols and handed them a great defeat. However, his status and popularity did not prevent Al-Nawawi from standing up to him when he was wrong. On more than one occasion, Al-Nawawi either approached the ruler in the Hall of Justice or sent him letters concerning a particular matter that was of common interest to the people of Damascus. On one occasion, Al-Nawawi sent the Sultan a letter on behalf of the Muslim masses. It was also signed by a number of other scholars. Basically, this letter was a request from Imam Al-Nawawi for the ruler to lessen the taxes that were placed on the inhabitants of Syria. Intention of Al-Nawawi's letter was about correcting the wrong that was being done by the ruler. He did not bow down to the ruler just because he was the ruler and just because he had done some excellent deeds in the past. However, he realized that he must advise the ruler. In that response, the ruler claimed that he needed to collect those taxes for the sake of jihad.

On his continues encounters with ruler through letters and his personal persuasion to urge the ruler for all the right reasons, ruler became very upset with Al-Nawawi. Hence, he decided to have him removed from Damascus. Al-Nawawi said that he would listen and obey- perhaps realizing that such would cause less harm and civil strife then remaining in Damascus and opposing the ruler. Hence, he left Damascus and went to his hometown of Nawa. Scholars of that time went to try to bring Al-Nawawi back to Damascus. However, he refused. He said that he would not enter Damascus if Al-Dhaahir was still there. After a few months, Sultan Al-Dhaahir Baibars died.

One can see that Al-Nawawi was a defender of the masses, a defender of the scholars and a defender of the truth. He would oppose anyone who went against the Quran and Sunnah. He would not just oppose the little people and leave the powers that be alone. Similarly, his life was not simply about standing up to the ruler and forgetting about the wrong that others did. Indeed, one must include among his acts of establishing good and eradicating evil the many writings that he has against different innovations that were practiced by the masses of his time.

After returning to his hometown in Nawa, Al-Nawawi fell ill and passed away. He died on the 24th of Rajab, 676 AH (1277 AD). He died at the age of forty-four. However, by the grace and mercy of Allah, his accomplishments during his short life span were equal to or greater than many who lived even twice as long as he did.

When the news of his death reached Damascus, the people were very saddened. Tears flowed from their eyes. One of the greatest scholars and greatest leaders of the people had passed away. Indeed, one who was greatly beloved by almost everyone he touched in his life had died.

He is buried in his hometown of Nawa, Syria. Al-Nawawi wished that his grave would be according to the Sunnah i-e it was to be leveled and not prominent. However, some people decided to build a dome over his grave. However, Allah willed that Al­ Nawawi 's wish be fulfilled. Every time they tried to build something over his grave, it was destroyed. His grave, after many attempts, was finally left flat, slightly marked and according to the sunnah. His grave is still well-known and recognized today. May Allah reward Imam Al-Nawawi for all of his efforts and striving for the sake of Allah.