Altgens appeared briefly as a film actor and model during his 40-year career with the AP, which ended in 1979. He spent his later years working in display advertising, and answering letters and other requests made by assassination researchers. Altgens and his wife Clara died in 1995 at about the same time in their Dallas home. Both had suffered from long illnesses, and police said poisoning by a malfunctioning furnace also may have contributed to their deaths.

Altgens was on assignment for the AP when he captured two historic images on November 22, 1963. The second, showing First Lady Jacqueline Kennedy toward the rear of the presidential limousine and Secret Service agent Clint Hill on its bumper, was reproduced on the front pages of newspapers around the world. Within days, Altgens' preceding photograph became controversial after people began to question whether accused assassin Lee Harvey Oswald was visible in the main doorway of the Texas School Book Depository as the gunshots were fired at JFK

James William "Ike" Altgens (/ˈɑːlt.ɡənz/; April 28, 1919 – December 12, 1995) was an American photojournalist, photo editor, and field reporter for the Associated Press (AP) based in Dallas, Texas, who became known for his photographic work during the assassination of United States President John F. Kennedy (JFK). Altgens was 19 when he began his AP career, which was interrupted by military service during World War II. When his service time ended, Altgens returned to Dallas and got married. He soon went back to work for the local AP bureau and eventually earned a position as a senior editor. 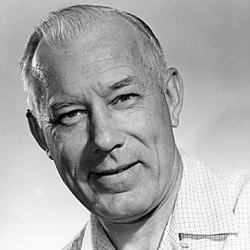