Hüsnü Özyeğin is well-known Turkish billionaire and investor, is also the owner of Fiba Holding. fiba holding is the largest investment company in Turkey. His net worth is estimated at approximately $3.5 billion (according to Forbes magazine for 2007). Hüsnü Özyeğin was born in 1944 in Izmir, Turkey. Hyusnu grew up in an ordinary family, his father was a doctor. Hysnu's father's parents moved to Turkey from Crete at the end of the 19th century, when the Ottoman Empire was already on the verge of collapse. Ozyegin's ancestors settled in Izmir. The future billionaire studied at an independent private school. Another name is Robert College.

Upon graduation, he went to the United States as part of an experimental exchange program, which was a mandatory step for those preparing to enter an American university. The young man had only $1,000 with him. He lived in a foster family, the city was small, only 5.4 thousand people. He attended Sunday services, mowed the lawn - in general, he tried to live the life of an ordinary American. Finally, he enrolled at Oregon State University, Corvallis, graduating with a Bachelor of Science degree in civil engineering. “I liked Oregon, it seemed to me like Anatolia (a region of Turkey. - RBC), Ozyegin recalls. “The people there were very simple.” “I was the first Turk in the area,” adds the entrepreneur. When Hysnyu graduated from the university, he almost immediately got a job as a designer on a standard working day from 9:00 to 17:00, then the salary was $671 per month. His responsibilities included designing freeways for Seattle City Hall. In the evenings, he managed to earn extra money in the call center of a company that sold aluminum siding. The work was hard, I had to communicate a lot with difficult, and sometimes very angry people.

Over time, Ozyegin became more and more interested in finance and decided to pursue an MBA program at Harvard Business School, Cambridge, Massachusetts.

Unfortunately, at that time, the young man had little chance to enter: without a loan, he could not afford such a prestigious university, wrote The New York Times in 2007. The university refused him a loan because Ozyegin did not have US citizenship.

Fortunately, unexpectedly for him, the American "dad" Ken Litchfield, who acted as a guarantor of the loan, decided to help him. However, even with a grant, not everything is so simple, the admission still had to be approved by the selection committee. Ozyegin waited, he was always an active student, he participated everywhere: he played basketball, headed the student government. He was always better at communicating with people. So, already in Oregon, the young man realized that he was much stronger in business communication than in engineering. It was he who convinced Robert Kennedy, who was then running for President of the United States from the Democratic Party, to speak at Gill Coliseum, the university's basketball arena, and he also met the senator at the airport and accompanied him to an official event.

According to Ozyegin, it was the photos with Kennedy that he attached to the documents upon admission that helped him pass the competition and enter. He was the second Turk to get into Harvard Business School. Ozyegin lived in the USA for a total of just over 10 years. After which he returned to his homeland.

When Hysnu returned to Turkey, he immediately became friends with his school friend Mehmet Emin Karamehmet. Karamehmet worked in the financial sector, in his father's company, and offered Ozyegin to head the bank he was going to buy.

From 1977 to 1984, Ozegin served as the general director of the bank. Around that time, relations between Ozyegin and Karamehmet seriously deteriorated. Karamehmet had problems with the authorities of the country, and he had to move to Geneva for a while. Already from there, he asked his friend for a loan to develop the production of Schweppes soft drink. Ozyegin refused his comrade, as the loan parameters exceeded the standards established at that time. Because of the conflict, the friends did not communicate for two years, while formally being in a boss-subordinate relationship.

After that, Ozyegin held a similar position at Yapı ve Kredi Bankası and in 1987 decided to set up his own bank called Finansbank. To date, the Hyusnu Ozegin holding has been created, uniting a number of financial companies. His European Bank has assets of about $9 billion. and more than 3 million clients in 9 European and 2 Asian countries: Belgium, Germany, Malta, Netherlands, China, Dubai, Russia, Romania, Sweden, Ukraine, Turkey. Fibabanka's clients are 3 million people worldwide. 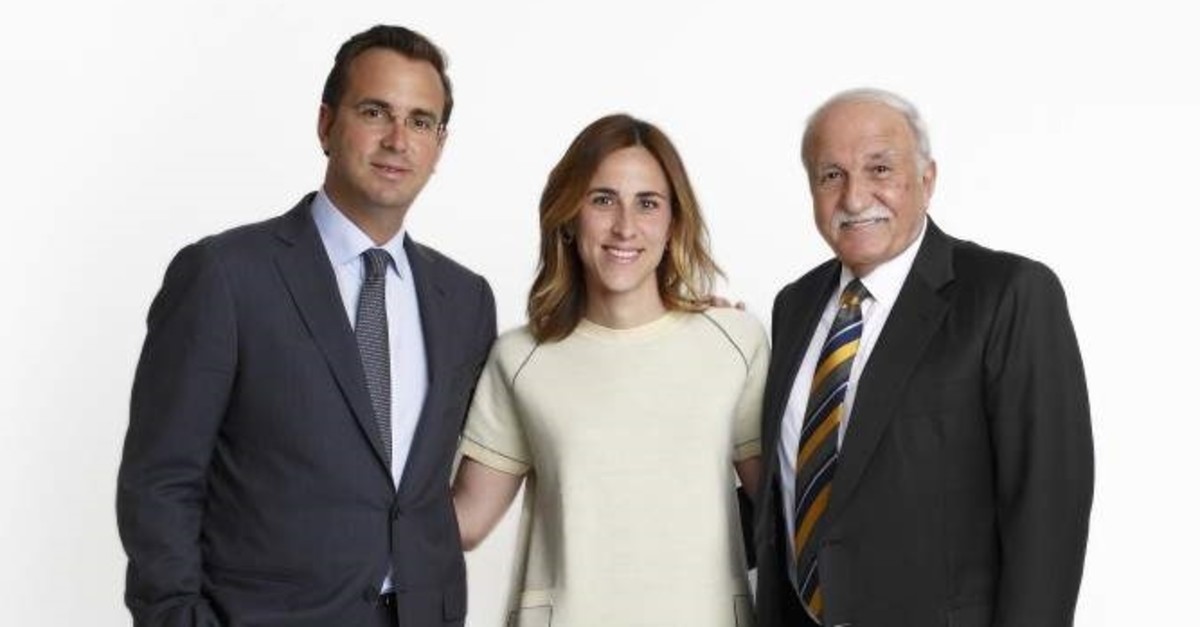 In 2000, for obvious merits and productive activities, Ozegin was awarded the Turkish magazine "The Economist" and awarded the title of "Businessman of the Year". And now Hyusnu Ozegin is one of the leaders of Turkey. His work is of outstanding public value, as well as participation in organizations.

The 72-year-old entrepreneur has not lost his business acumen and continues to earn actively, despite his postal age. He took the first line several times in the ranking of the richest people in Turkey, and now he is in second place in the top Turkish Forbes with a fortune of $ 2.6 billion. His international diversified FIBA ​​group covers 14 countries, including Russia, includes 63 companies, and its staff employs about 10 thousand people. FIBA, founded as a financial institution, is present in the financial (banking, leasing, factoring, insurance, asset management) and non-financial (aviation, retail, real estate, shipping construction and port management, foreign language school) sectors. In 2000, for obvious merits and productive activities, Ozegin was awarded the Turkish magazine "Ekonomist" and awarded the title of "Businessman of the Year". And now Hysnu Ozegin is one of the leading figures in Turkey. His work is appreciated by the public, as well as by competing organizations.

Hysnu founded the investment bank DOME Group in London with billionaire Ferit Sahenk to provide financing for Turkish companies.
Ozyegin sold the Gima retail chain to the Turkish financial and industrial conglomerate Sabancı Holding, after which he bought the Swissotel five-star Istanbul hotel from the Japanese owners.https://www.fibagroup.com
Ozyegin entered the retail business by purchasing the Gima, Endi, Spar and Greens retail chains.
Hysnu founded Finansbank, which quickly became one of the leading banks in Turkey.
He became Vice Chairman of the Board of Directors and Managing Director of Yapi Kredi.
He was appointed managing director of Pamukbank.
Received an MBA from Harvard
The young man received a degree in Civil Engineering from the University of Oregon at Corval
18-year-old Ozyegin graduated from Robert College, the most prestigious independent private school in Turkey.
Hüsnü Özyeğin was born.