Holo is a cryptocurrency powering a cloud hosting market for decentralized applications that is powered by Holochain.

Holo is the flagship decentralized cloud computing application built on Holochain founded by Arthur Brock and Eric Harris-Braun on February 16, 2018 and is headquartered in Gibraltar. 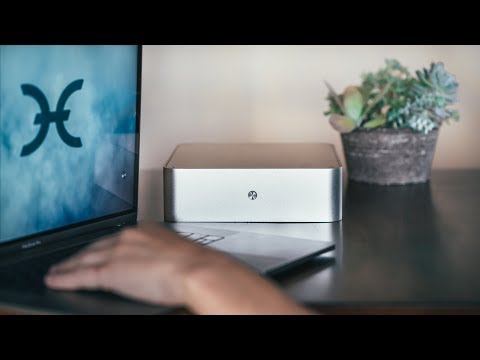 Holo provides a platform for users to host (and use) decentralized applications (dApps) on their computers, and set their own hosting prices and priorities for their hosting services. Users hosting dApps provide their hosting services while Holo provides the necessary crypto-accounting infrastructure auditing using double entry accounting with several layers of cryptographic assurance and notarization.

Every transactions made between Holo users (application providers and hosts) is validated by peers on a sharded distributed hash table (DHT). The transaction load of every node operating on the Holo network gets lighter as the sharded distribution hash table (DHT) on the Holo network grows. Full Holo nodes require no mining or specialized processing to run and can run on low power computers and mobile devices. Each node possesses its own separate blockchain functioning with unique cryptographic keys. Every transactions occurring through Holo has an invoice generated through to Holo platforms Proof-of-Service (PoS) protocol.

Overview of the Holo ecosystem.

What is Holo - An Ultimate Guide on HOT crypto

HoloChain(Hot) Moonshot In Progress! Can Holo (HOT) Keep Up The Momentum

What Is Holochain? Not A Blockchain? Scalable Agent-Centric Distributed Computing | $HOT

Title
Author
Date
Publisher
Description
My Holo Love, the First Korean Original Series of 2020, Premieres on February 7
December 16, 2019
WebWire
Netflix Inc., the world's leading streaming entertainment service, announced that My Holo Love, an unconventional love triangle story depicting delicate emotions of falling for someone, will be released globally on February 7, 2020. My Holo Love follows the unique story of three not-so-perfect but extraordinary characters. So-yeon, played by Ko Sung-hee ( Suits, While You Were Sleeping ), has distanced herself from the rest of the world due to her face blindness disorder. Yoon Hyun-mi...