Henley Royal Regatta is an annual rowing regatta on the River Thames.

Henley Royal Regatta is one of the oldest rowing regattas in the world, having run annually for over 175 years. 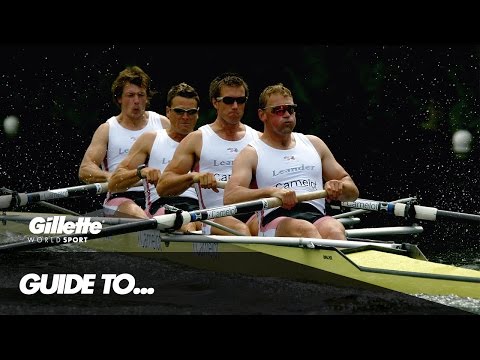 Henley Regatta was first held in 1839 and has been held annually ever since, except during the two World Wars. Originally staged by the Mayor and people of Henley as a public attraction with a fair and other amusements, the emphasis rapidly changed so that competitive amateur rowing became its main purpose.

In 1851 H.R.H. Prince Albert became the Regatta's first Royal Patron. Since the death of The Prince Consort, the reigning Monarch has always consented to become Patron. This patronage means the Regatta can be called Henley Royal Regatta.

Since 1885 Henley Royal Regatta has been organised by a self-electing body of Stewards, at present numbering 60, most of whom are well-known and successful rowers and scullers. The Stewards' practical application of their knowledge of the sport to the actual running of the Regatta undoubtedly makes a great contribution to its success. A Committee of Management, consisting of 12 of the Stewards, is elected annually and is responsible for all planning and detailed organisation. The Stewards' primary consideration in all their decisions is the best interests of those who are competing in the races.

The 1839 Regatta took place on a single afternoon but proved so popular with oarsmen that the racing lasted for two days from 1840. In 1886, the Regatta was extended to three days, and then four in 1906. Since 1928 its increased popularity meant entries exceeded the permitted numbers for several events, and therefore Qualifying Races are now held in the week prior to the Regatta to reduce the number of entries to the permitted maximum. In 1986, the Regatta was extended to five days, with an increase in the maximum entry for certain events.

In 1987 the Stewards bought Temple Island, the famous landmark at the start of the Regatta Course. Extensive renovation of The Temple, built by James Wyatt in 1771, was completed and the important wall paintings in the main room were restored to their original appearance.

Henley: Inside the world's most famous rowing regatta | CNBC Sports

To The Rowers | Henley Royal Regatta