Guangming District is one of nine districts in the city of Shenzhen.

Guangming District is one of nine districts in the city of Shenzhen. The district, bordering the city of Dongguan in the Northwest of Shenzhen, was created in 2007 as a "functional area" of Bao'an District. In May 2018, it became a formal administrative division. 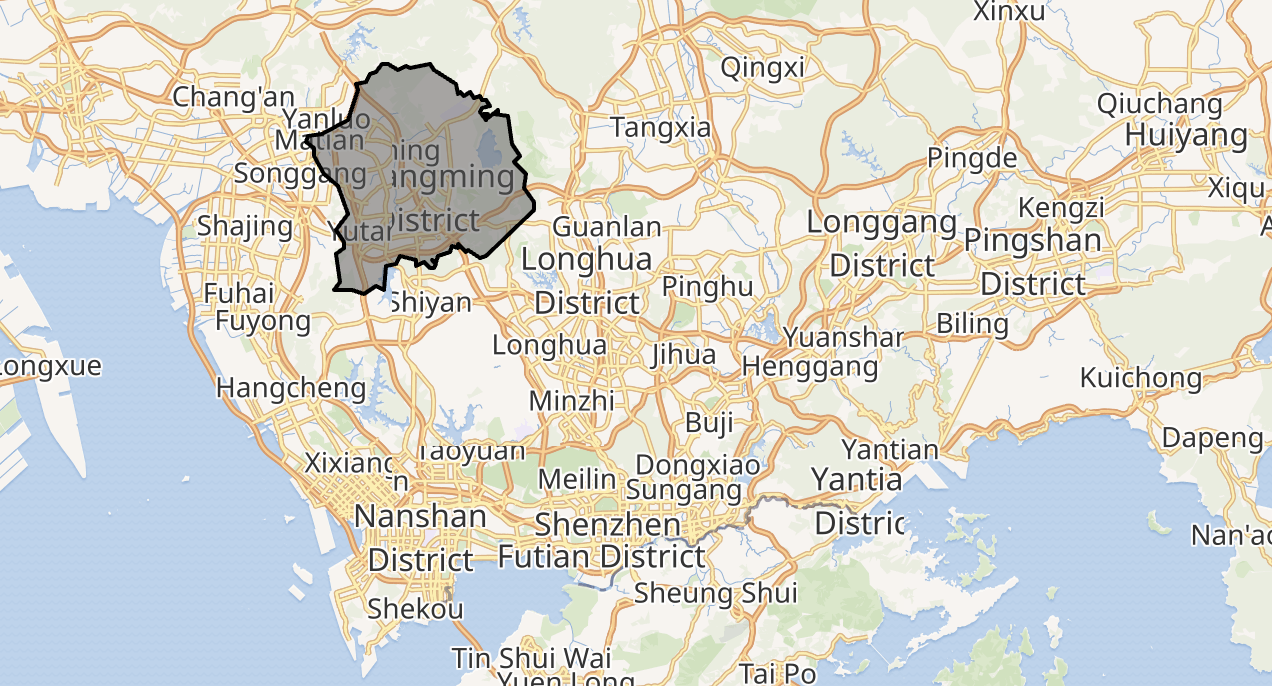 Guangming District has a total area of 156.1 square kilometers and a resident population of 1,095,300 residents. In 2020, Guangming District achieved a regional GDP of 110.77 billion yuan, an increase of 5.7%, the second-fastest growth rate in Shenzhen City. The initial formation of a new generation of emerging industries clustered development pattern regarding information technology, new materials, and biomedicine is also achieved.

Since Guangming District is located in the central axis of Guangzhou-Shenzhen-Hong Kong, an important node of the GZ-SZ Science & Technology Innovation Corridor, it was given the mission to build a world-class Science City and the northern center of Shenzhen by the municipal government.[6][7] The real progress of the Guangming Science City project is about 78% complete in August 2021.