Golem is a decentralized network of computers around the globe that provides access to a decentralized sharing economy of computing power to the public. Members of this open-sourced network can rent out their computing power to others such as researchers and developers. Payments are then processed by an Ethereum-based transaction system. According to CEO Julan Zawistowski, the name Golem was named after the Jewish mythology creature. 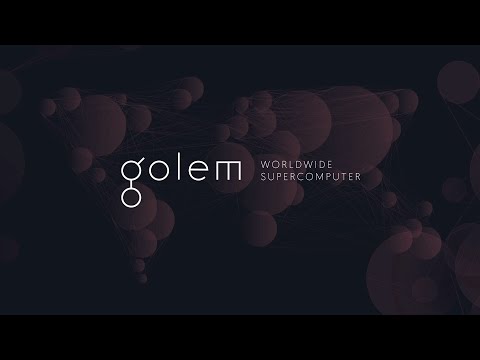 The network can be accessed through renting computer power from the network, and allows users to perform tasks a computer outside of the network would not be capable of handling. Tasks such as performing calculations for natural language processing, artificial intelligence systems, and machine learning. The network is known primarily for the use of CGI rendering.

After a requestor has made a request to use the network, by using a template to determine the complexity of the task, a provider receives corresponding resources via IPFS to begin the computation on a task computer. After the task is complete, the results are returned to the requestor through the same IPFS network. Requestors pay the provider through an Ethereum smart contract, at a scheduled time, which increases reputation for both parties.