GEOST is a designer and integrator of small- to medium-sized electro-optical/infrared sensors (EO/IR) for high-value, U.S. national security space missions. 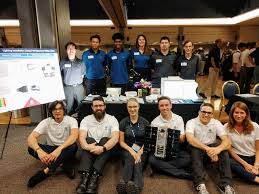 GEOST provides products to the Pentagon and U.S. intelligence community and partners with larger defense companies, including Northrop Grumman and L3Harris Technologies. The company was founded by Anthony Gleckler in 2004, and Josh Hartman became president in 2022. GEOST was acquired by private equity firm ATL Partners in 2021. The company has approximately 115 employees between its Tucson, Arizona headquarters and its additional facilities in Virginia. 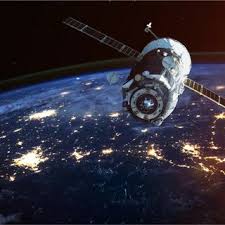 GEOST specializes in small cameras and other types of sensors that can detect approaching satellites, space debris, and other objects, allowing users of the technology to take defensive measures, such as repositioning the satellite. The company offers sensors for large satellites that are about one foot by one foot and smaller sensors for lower-flying satellites. Approximately fifty GEOST sensors could protect a 150-satellite constellation.

GEOST offers a variety of services:

GEOST was founded in 2004 by Anthony Glecker in Tuscan, Arizona. Glecker holds a Ph.D. in optics and optical sciences.

In August 2021, the company was acquired by private equity firm ATL Partners. Later that year, the company announced it had been awarded a $32 million contract modification by the U.S. Space Force for prototype space domain awareness (SDA) payloads that would be hosted on satellites. The previous contract had been approximately $7 million, and the modification was awarded after GEOST completed a critical design review of its payload.

In 2022, the company appointed former Pentagon acquisition chief Ellen Lord to the board and promoted Josh Hartman to president. Hartman had been serving as vice president, having joined GEOST in that capacity in 2019. Gleckler became an independent consultant when Hartman took over company management.