Who was George Harrison?

George Harrison was an English musician, singer-songwriter, and producer. A powerful contributor to the field of music, Harrison achieved fame as the lead guitarist of the popular rock band, ‘The Beatles.’ From an early age, he was inspired by the beauty of music. Throughout his life, he worked hard to popularize ‘popular music.’ What is interesting to note is that Harrison used the power of music to raise awareness about spirituality. He was deeply and profoundly inspired by Hinduism and was an ardent admirer of Indian culture and mysticism. The same was reflected in most of his work, which had an undeniable presence of Eastern music and instruments. While Harrison was surrounded by musicians like McCartney and Lennon, who were geniuses in their own right, their presence did not overshadow his talent and skills as he went on to attain much popularity and critical acclaim. While he did excellently well during his association with ‘The Beatles,’ he went on to become a powerful spiritual songwriter with an expansive sense of melody after going solo. Till date, he is remembered for making a large number of westerners appreciate Eastern religion and music. 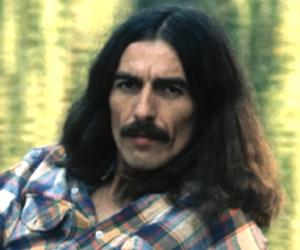 Harrison formed a skiffle band named ‘Rebel’ with his brother Peter and friend Arthur Kelly. However, it was his association with Paul McCartney that shaped Harrison’s music career at large.

McCartney encouraged Harrison to audition for John Lennon’s ‘Quarrymen,’ which he eventually became a part of. Barely 15 years old, Harrison was a master at his art and enjoyed his role as a guitarist.

Together, they formed a band named ‘The Beatles.’ In 1960, they gave their first performance as ‘Beatles’ at the Kaiserkeller club in Hamburg.

In 1962, ‘Beatles’ tasted success as their first single ‘Love Me Do’ peaked at number 17 on the ‘Record Retailer’ chart. Two years later, at the time of their debut album’s release, ‘Beatlemania’ had already become a rage.

Harrison’s first solo writing credit was for the song ‘Don't Bother Me’ which he wrote for the group’s second album ‘With the Beatles’ in 1963.

Harrison was solely responsible for bringing in the genre of folk rock into the group’s music albums. His interest towards Indian classical music was apparent as he used sitar for the song ‘Norwegian Wood’ which was part of the album, ‘Rubber Soul.’ The album was Harrison’s favorite ‘Beatles’ album.

Harrison’s love for eastern music and instruments was reflected in three of the compositions in the album ‘Revolver.’ Not just the sitar, but instruments like tambura, table, and swarmandal were also used in the songs recorded by ‘The Beatles.’

Harrison’s interest in eastern music grew by leaps and bounds, due to which he started deviating from ‘Beatles.’ ‘Within You, Without You’ was his solo composition for the album ‘Sgt. Pepper's Lonely Hearts Club Band.’ The song not only reflected his urge for experimentation, but also indicated his desire to go solo.

Harrison’s love for traditional Indian music, accompanied by several other factors led to the final collapse of the band on 10 April 1970.

By that time, Harrison’s fame was escalating steadily, thanks to his songwriting skills. He had a convincing list of hits to fall back on, such as ‘Here Comes the Sun,’ ‘Something,’ and ‘For you Blue.’ Additionally, he had two solo albums, namely ‘Wonderwall Music’ and ‘Electronic Sound,’ the former being the first solo album by a ‘Beatle.’

After the break-up, Harrison released ‘All Things Must Pass.’ By far, it has been regarded as his best work. The album topped the charts on both sides of the Atlantic.

In 1971, Harrison contributed to the ‘Concert for Bangladesh’ along with Ravi Shankar at the ‘New York Madison Square.’ The event was a precursor for future large-scale charity shows. It was followed up with an album and concert film.

During his last years, he formed the group ‘Traveling Wilburys.’ They released several albums. It was also during this time that ‘Beatles Anthology’ began. It was basically an effort to revive a few ‘Beatles’ songs and let the world know about the Beatles’ career through interviews and chats.

Who was George Harrison? Everything You Need to Know