Andrei Gaidulyan's nationality is Moldovan. But his surname sounds very similar to the Armenian one, which always raises a lot of questions to the actor. Andrey has repeatedly stated that this is not the case, neither he nor his family has any Armenian roots. He was born in Chisinau on April 12, 1984. This was the second child in the family, his sister Olya was born seven years before the appearance of her brother. His family had nothing to do with the art world.

My father served in the Ministry of Internal Affairs, retired with the rank of colonel. Andrey's mother, who received a specialty as a seamstress, was a teacher of labor lessons at school for some time. When my father retired, he decided to create a family enterprise, his own sewing business. My mother was entrusted with the work of a fashion designer, a cutter, a seamstress. Olga actively helped her parents to make their company profitable. 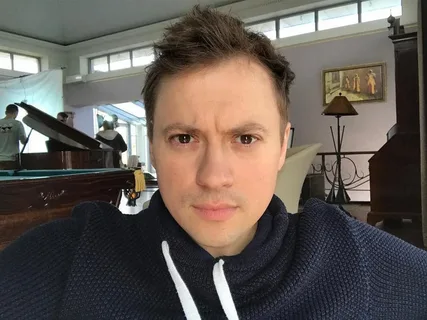 The sewing company grew, the staff gradually became larger. Andrey's parents invited professional craftsmen to work, respectively, the prosperity in the family grew. Andrey was a real darling of fate.

As a teenager, he began to attend a theater circle, the head of which was the Honored Artist of the Republic Sergey Tiranin. Others saw that the teenager has great abilities, and with one voice they said that he would be a real actor.

After graduating from high school, Andrei Gaidulyan decided to go to Moscow to study at a theater university. To begin with, he had to overcome the resistance of his parents, who dreamed of transferring their business to their son. Andrey managed to convince them of the correctness of his decision, for this he gave a lot of weighty arguments. In the end, his parents agreed with his choice, although his father secretly dreamed that his son would fail the exams and return to Chisinau. Sister Olga had already graduated from the Moscow Theater University by that time, having received a specialty as a decorator and costume designer.

Now Andrey humorously recalls how self-confident and arrogant he was as a young man. He believed that theater teachers in Moscow would be very happy to see the young talent. The ambitious young man immediately received a tangible click on the nose, having failed the examination tests in the "Pike" and the ARMY. It was difficult to survive such a blow, but there was still the Institute of Contemporary Art, where Gaidulyan managed to enroll. He descended from heaven to earth, looked straight into the eyes of harsh reality. It was necessary to study, and Andrey decided not to let down the teachers who trusted him. Soon he declared himself as a diligent, diligent student.

Parents provided great assistance in getting an education. They paid for a rented apartment, paid a lot of money for their studies, since Andrey studied on a commercial basis. Gaidulyan admits that without such a powerful financial support, he would not have been able to get an education, gain a foothold in the capital. As much as he could, he tried to help his parents, worked as a postman, worked part-time cleaning at the theater. However, most of his free time was spent on participating in auditions.

After graduating from the ISI, Andrey joined the troupe of the Glas theater, created with the assistance of the Russian Orthodox Church. Performances here were staged on Christian themes. The author's reading received plays by Alexander Pushkin, Nikolai Gogol, Alexander Ostrovsky and Anton Chekhov.

The artist's employment in the cinema led to the fact that Gaidulyan left the troupe. But in his spare time from filming, Andrey takes part in entreprise performances. Maria Gorban, Olga Kuzmina and Mikhail Bashkatov acted as partners in the comedy for the adult audience "A Chic Wedding".

The actor's repertoire also includes modern productions - "Number 13" and "Murlin Murlo". The latter in 2018 deprived Gaidulyan of a party of fans from Petropavlovsk-Kamchatsky. The fact is that after the performance, in an interview, Andrei burst into an angry tirade against the local public. The performer explained that he had not encountered such an attitude before.

Going on the stage of "Glas", Andrey was simultaneously looking for a job in a movie and starred in episodic roles. The novice artist made his debut in the popular TV series "Kulagin and Partners". Soon Gaidulyan played a minor character in the film "Detectives". The project received TEFI twice, but did not bring glory to Andrey.

In 2008, the premiere of the sitcom "Univer" took place. Here the actor managed to organically get used to the role of Sasha Sergeev, a romantic who goes against the wishes of his oligarch father. Gaidulyan's external data also worked on the image. A short, well-fed performer perfectly embodied a responsible student on the screen. 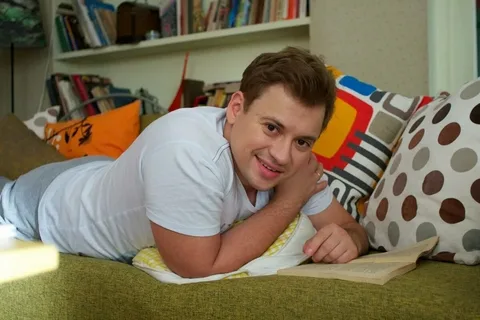 The rating project brought the artist popularity, the picture became a key one in Andrey's filmography. Continuation — "Univer. The new dorm" — and "SashaTanya" consolidated the success definitively. The main characters of the second series were the characters of Gaidulyan and Valentina Rubtsova.

In 2014, Andrey appeared in the serial fantasy of the REN TV channel "The Secret City". The tape is based on a cycle of works by Vadim Panov. The writer's books were so popular that in addition to the series, adaptations appeared in the form of an interactive novel-application and a board game. 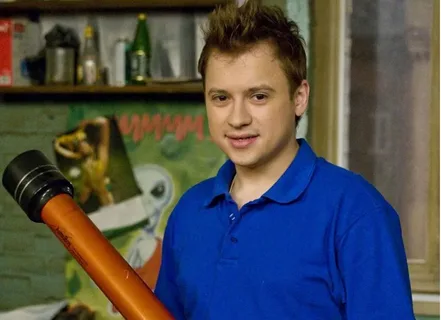 In the film "Zomboyashchik" Gaidulyan portrayed two minor characters. The actor's characters turned out to be funny, but the comedy failed at the box office. Film critics noted second-rate humor and a weak plot. Ordinary viewers did not experience delight either.

As a student, Gaidulyan had a brief affair with a classmate Rimma. For some time the couple worked at the Glas Theater. Soon the relationship ended. But when it became clear that Rimma was expecting a child, Andrei showed nobility and did not refuse his son Fedor.

After parting with Rimma, Gaidulyan's personal life took a new turn. In the capital's nightclub, the actor met a new passion, Diana Ochilova, a girl from a wealthy Uzbek family. The chosen one grew up in Tashkent, and after school decided to study in Moscow. Andrey was won over by the fact that she instantly put things in order in the bachelor home of the star and adjusted life. Diana was an excellent cook and fully corresponded to the dreams of an ideal companion.

The lovers practically never parted. At the beginning of 2015, Gaidulyan proposed to Diana. It happened in Venice. In September, the couple was going to get married, but the celebration had to be canceled due to the groom's health condition. 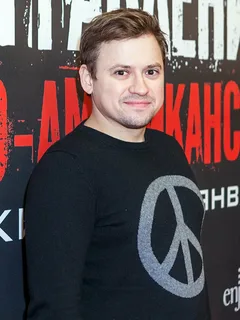 The hardships experienced together affected the newlyweds. In the fall of 2016, the wedding still took place, but the couple did not live long in marriage, common children did not appear. Constant quarrels led to the fact that a year after the wedding, Gaidulyan broke up with his wife. Diana called Andrey's affair with his colleague Alexandra Veleskevich the reason for the divorce. The artist denied adultery.

For the first time in public, the actors appeared together in 2017, a few months after Gaydulyan's breakup with Ochilova. According to rumors, a couple of years later Andrey secretly married Alexandra in the USA. Colleagues do not advertise the union, but according to a number of pictures in the Instagram accounts of performers, attentive fans guess that idols spend time nearby. For example, in the spring of 2021, we walked along the same Italian streets and ordered the same dishes in the same establishments. 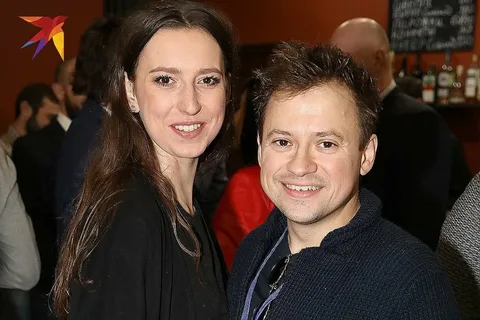 Shortly before the marriage with Ochilova, Andrey learned that he was seriously ill. The celebrity was diagnosed with Hodgkin's lymphoma. The artist underwent treatment in Germany. Haidulyan endured chemotherapy hard. In addition to bodily suffering, the man was overcome by nervous breakdowns.

the wedding took place.
he proposed to Diana.
visited the USA
the premiere of the sitcom "Univer" took place.
Gaidulyan Andrey Sergeevich was born.
was born.

Andrey Gaidulyan on returning to Moldova and Hollywood plans

Andrey Gaidulyan told why he divorced his wife

Anna Semenovich - Money boy | The premiere of the video