Gabdulla Tukay (Tukaev Gabdulla) went down in the history as a great national tatar poet and is referred as the founder of the National Poetry and its classical style. He became considered as the national poet in his lifetime yet. “Even personal enemies of Tukay could not deny his national harmony and national music in the poems because it looked as stubbornness: the nation admitted him as its own poet, knew his poems by heart,” wrote Fatikh Amirkhan, a famous writer, one of Tukay’s contemporaries and his close friends. It is difficult to find out another writer in the Tatar literature of the XXth century for whom notions “the nation” and “the poet” were as inseparable from each other as for Tukay were. 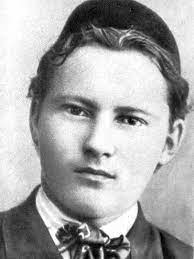 Gabdulla Tukay represented a kind of literary artists who discovered new prospects for the National Literature. His many-sided oeuvre contains very high artistic and esthetic values. First of all it concerns the poetry of G.Tukay.

The name of Tukay plays a great role in the Tatar culture that can be compared with the role of Pushkin in the Russian culture.

Gabdulla Tukay was born on 14 (26) April, 1886, in the family of mullah in the village Kushlavych, Kazan Governorate (now Arsky district, Tatarstan). His father died when Tukay was five months old. Then his mother got married and left three-year-old boy to a poor old woman. In several time she took him back, however she died when Gabdulla was four. Since that age the boy had neither father nor mother and his unhappy life began.

Firstly, the boy was removed to his poor grandfather Zinatulla. In his family Gabdulla was a useless mouth. Eventually his grandfather sent him to Kazan where in the market-place Gabdulla was taken by Mukhammedvali, a handicraftsman. In his family the boy felt lucky for the first time. However, in several time his adoptive parents became sick and decided to return the boy back to his grandfather. The Grandfather in his turn gave Gabdulla to Sagdy, a peasant from the neighboring village Kyrlay.

Little Tukay lived in the quite wealth family of Sagdy in 1982-1895. Living in Kyrlay, Tukay began his familiarization with plough-tail and understood all the beauty of the motherland and its people. “Kyrlay put me up to life,” wrote Tukay in his memories (“What I remember about myself”, 1909). The period of his life in Kyrlay influenced his work a lot.

He began studying in Kyrlay. However, he had to endure difficult times in his life again. Sagdy’s daughters died and Sagdy himself suddenly became an invalid. His superstitious wife connected all that misfortunes with the orphan. Her treatment of Tukay became worse after her own son was born. Fortunately, at the beginning of the winter 1895 he was taken to the family of his aunt Gaziza Zabirova (Usmanova) in Uralsk. There he studied in Mutygia madrassah and simultaneously attended the Russian classes. The madrassah was based on the old system of education, shakirds, though, were quite active. They had freedom and possibility to read periodical literature written on the East languages and study Russian. Students began to require new educational programs adoption and longed for high knowledge.

By the age of 16 Tukay-shakird came to hate of scholastic education. “Tukay was treated as the most educated, resolute and keen-witted shakird,” said G.Kariev, a famous actor and the poet’s close friend, in his memories. Undoubtedly, Tukay possessed a very strong will and big inborn talent. New trends that predicted the rise of revolutionary movement influenced him very much. Tukay took an active part in publication of a handwritten magazine “Al-gasrul-djadid” (“The New Century”), where he published his first poems and articles. He also translated Krylov’s fables and published in the magazine. For the first time they were published in prose translation in 1906-1907 in “Al-gasrul-djadid” and were called “Endge Berteklere” (“The Pearls”). There are seventy-seven translated by Tukay fables most of which written by Krylov.

The Revolution that started in the country in 1905 shook the lifestyle in Uralsk. The first Tatar newspaper “Fiker” (“The Thought”) and magazines “Al-gasrul-djadid” (“The New Century”) and “Uklar” (“The Arrows”) began to be published. Tukay actively worked there on and published a lot of poems and articles on the Revolution theme. He also participated in demonstrations that occupied the town. The fighting spirit of glorification and protection of democratic ideals run through all his works. In the same 1905 Tukay published not imitative poems as earlier but his own original ones such as “About freedom”, “One word to friends” in which he protects the progress and equality of peoples.

Tukay left Mutygia madrassah at the end of 1907 and his independent life began. The poem “What shakirds tell…” written in January of 1907 was the poet’s declaration that called the youth to go in life, help the people, protest against fanaticism and reaction. The poet faced a lot of difficulties in his way. The Revolution decreased. The government forbade the publication of the Tatar editions where Tukay worked on at the beginning of 1907. The coup of the 3rd of June, 1907, meant heavy attack of reaction to democracy. The poem “We shall not leave!» became the battle response to it. In the flaming lines of the poem the voice of poet-fighter, who called up to stand to the end for honour of a native Land and celebration of democracy, sounded.

In autumn of 1907 Тukay came to Kazan, a cradle of national tatar culture and history. He wished to devote his activity to new public and creative tasks.

«Bright Kazan» drew him by its rich cultural environment, necessary for the poet. There were newspapers, book publishing houses, theatre, there lived people, who were close to Tukay by their ideas and spirit. There he became a close friend of Khusaen Yamashev, a first Tatar bolshevik, entered the society of democratic writers, became a friend of the youth, which grouped around the newspaper «Al-Islakh» («The Reform»). F.Amirkhan, a famous writer, was an initiator of this newspaper publishing. That time it was one of the most progressive printed editions. The period of life in Kazan became for Tukay the golden age of his talent, time of his glory. There he became famous as the poet, journalist and public figure.

In Kazan Tukay and his first poems collections «Gabdulla Tukaev tigiirlare» («Poems by Gabdulla Tukaev», I and II parts) were welcomed by democratic intelliency with the large sympathy. The poet entered the literary circles and made friendship with the youth that grouped around the newspaper «Al-Islakh» («The Reform»). In Kazan he absorbed in his creative work with the large enthusiasm. He never left the idea of continuing traditions of the free national press. He managed to accomplish this idea partially, when he edited satirical magazines, at first time it was «Yashen» («The lightning «), then «Yalt-yolt» («The heat lightning»). Tukay devoted all his creative opportunities to these magazines. Being published there, he furiously struggled against every possible manifestations of reaction. His main motto became:

To whom only life in malicious conflict was not?

In your struggle to it do not concede at all!

It is possible to say that these lines are in some way the epigraph to his creative work in conditions of reaction.

In 1908-1909 Tukay and Galiasgar Kamal published a satirical magazine «Yashen» («The lightning»), and since 1910 he worked in a magazine «Yalt-yolt» («Heat lightning»). Actually he was its editor till the end of his life. During these years freedom-loving motives in Tukay’s works became especially strong.

After the revolution a whole cycle of the highly artistic poetic and journalistic works appeared in Tukay’s works. The poet’s relation to the people was clearly expressed in them. Such poems as «The autumn winds «(1911), «The oppression» (1911), «Summer Residence» (1911), «What does not suffice village people?» (1912), «Hopes of the people …» (1913) etc., became classical examples of civil and social lyrics, which described the tragedy of poor people with tremendous force of realism. The world of wretched people was illustrated by his literary works with all the terrible truth.

The Tatar poet was rather far from blind idealization of the nation. Loving it, he did not want to overlook backwardness, ignorance, lack of courage, blind submission to destiny. He did not allow himself to leave the century maladies without attention and wrote about them in his works «The oppression», «The Religion and People «, «The Story from pechka (stove)» etc. His skill to distinguish and estimate the strong and weak parties in national consciousness showed his revolutionary democratic relation to the people.

In time of new revolutionary rise significant changes in the poet’s life happened. In 1911-1912 despite of sudden worsening of health, he made several journeys that were very important for him. He sailed to Astrakhan by steamship at the beginning of May of 1911. On the way he learnt the lifestyle of towns on the Volga region («Summer Residence», essay «The small travel»). He visited his friend, poet Sagit Ramiev, met Nariman Narimanov, an Azerbaijan public figure and writer, who was banished to the Volga region from his native place for the revolutionary activity. Tukay took part in Mayevka, a manifestation of solidarity of working people, where Narimanov made a speech about a holiday of 1 May.

In spring 1912 Tukay decided to undertake more significant journey on a route Ufa — St. Petersburg. He met poet Madzhit Gafuri in Ufa. They were convinced of their ideological and creative likeness once again.

In St. Petersburg Tukay was met coldly. He did not find any people similar Gafuri there. It became obvious, that St. Petersburg «national intellectuals» invited him only as a «fashionable celebrity” and were not interested in publication of the new Tatar newspapers and magazines at all. 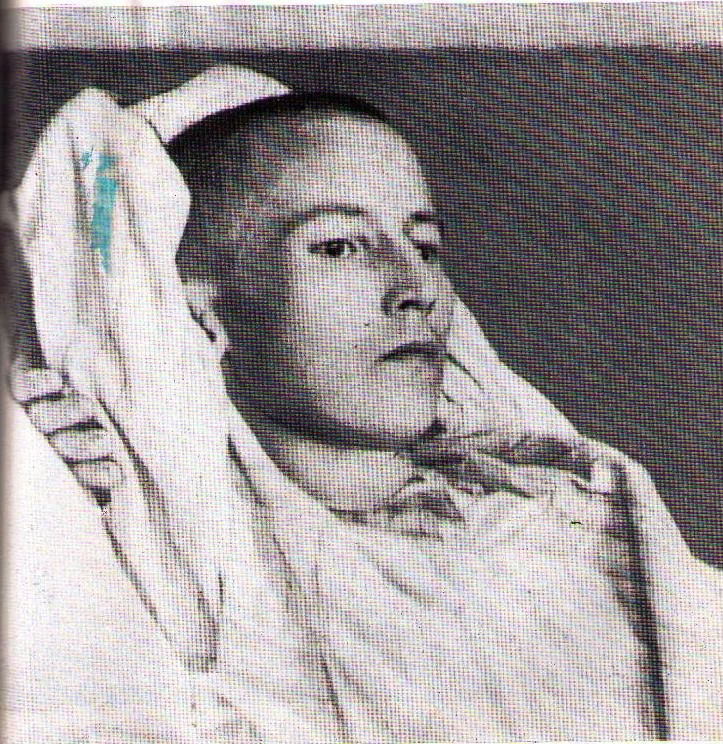 Certainly, the St. Petersburg advanced national intellectuals did not remain indifferent to the arrival of the favorite poet. Having learnt about him with delay, they tried to pay a great attention to him. Probably, among the democratic youth there was Mullanur Vakhitov, a student, later an outstanding revolutionary. It can be supposed that the poem «The Tatar youth” was written by Tukay under the impression of meeting with such kind of representatives of the national democratic youth. Just in these circles he saw, how the young people kept the memory of Yamashev, followed his precepts.

After thirteen days spent in St. Petersburg , on May 6 (19), Tukay left the capital for Troizk, in the middle of June he came to the Kazakh steppe, where he hoped to improve his health with kumyss.

Last year of the poet’s life

At the beginning of August 1912 the poet returned to Kazan from his journey. Though being seriously ill, he continued working in the printing house, where he breathed the air sated with leaden evaporations, but wrote in spite of everything. On the 2nd (15th) of April, 1913 at 20 hours 15 minutes Gabdulla Tukay died at the age of 27. 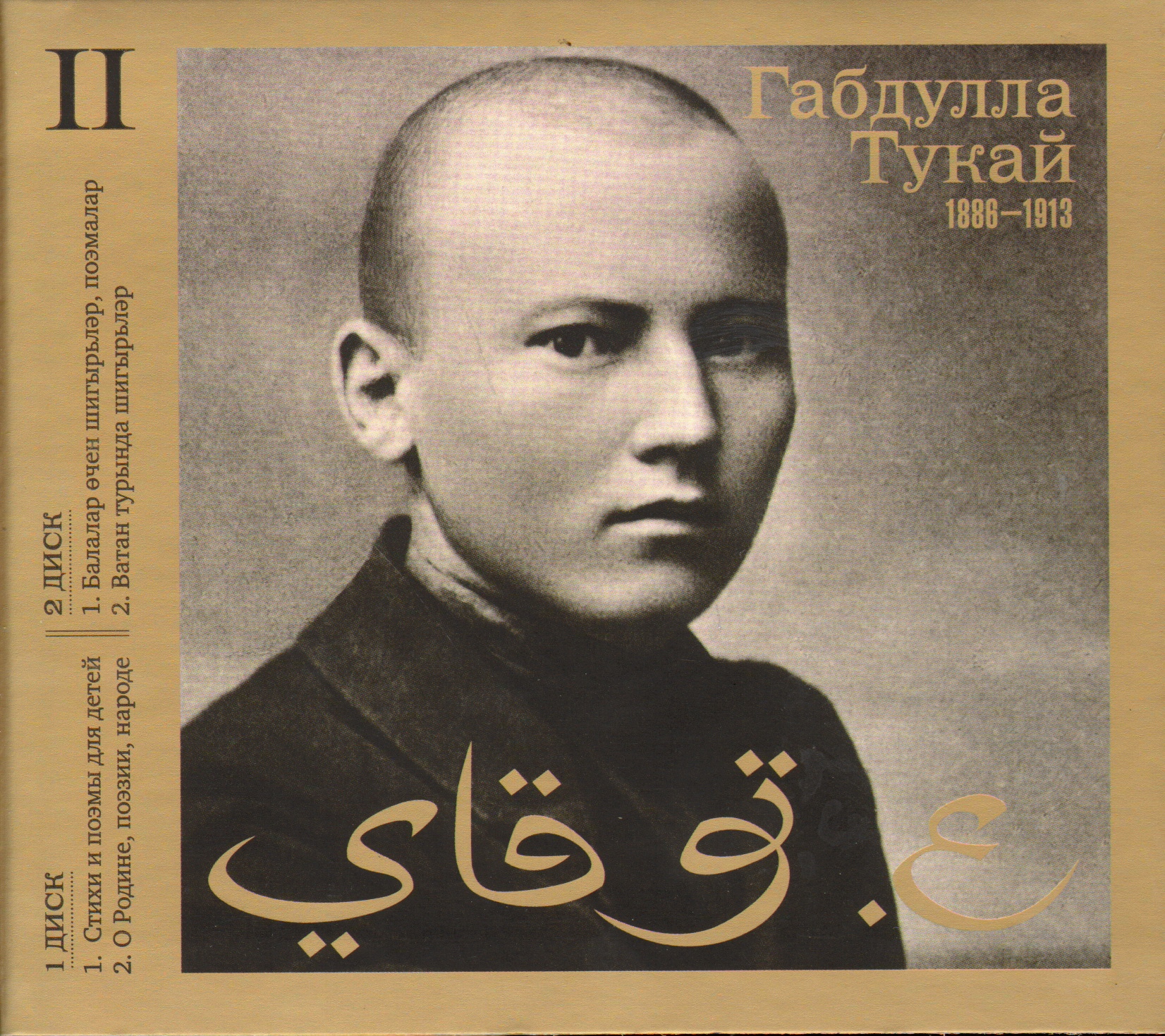 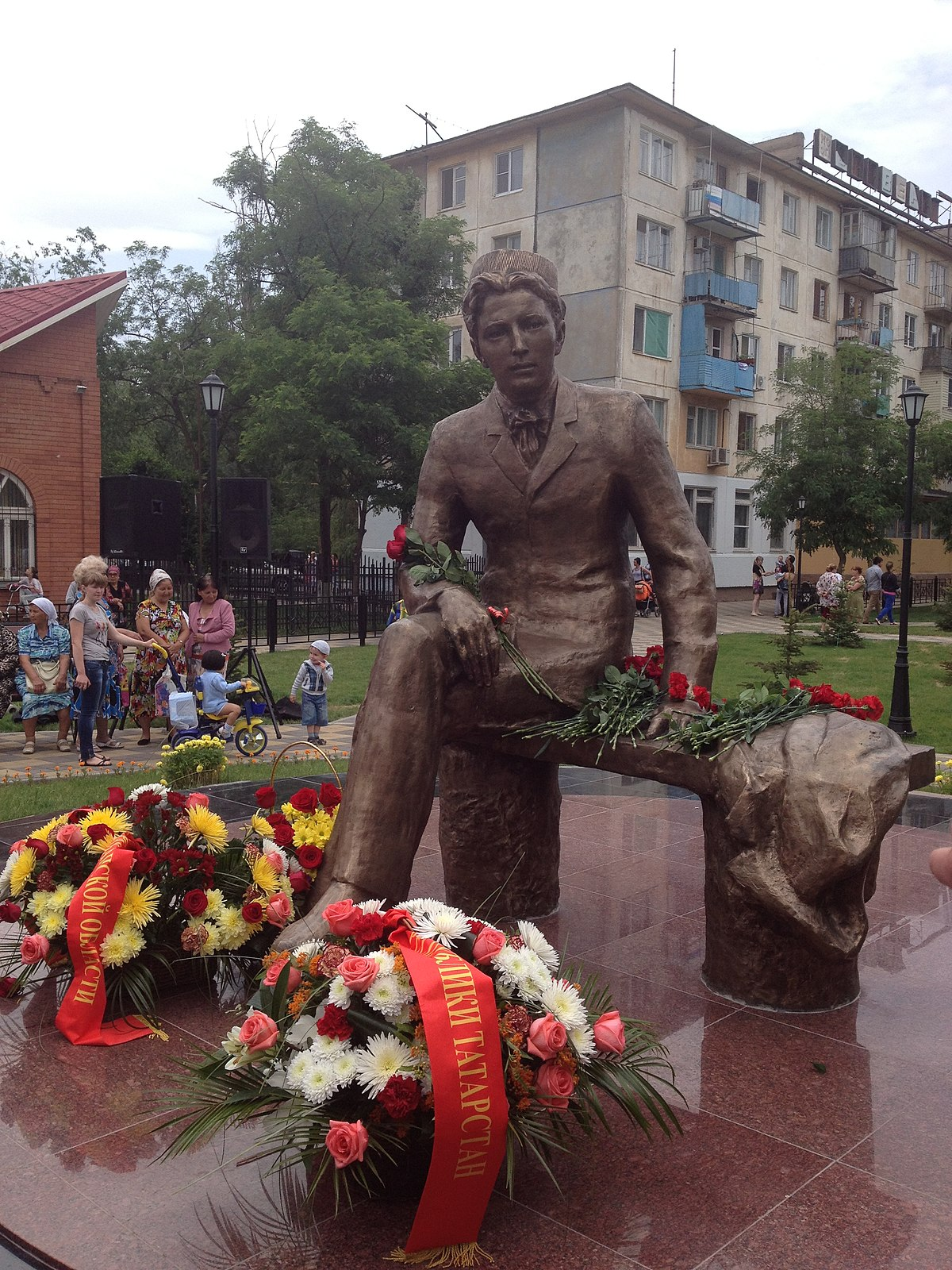