A fatwā (/ˈfætwɑː/, also US: /ˈfɑːtwɑː/; Arabic: فتوىٰ; plural fatāwā فتاوىٰ) is a legal ruling on a point of Islamic law (sharia) given by a qualified jurist in response to a question posed by a private individual, judge or government. A jurist issuing fatwas is called a mufti, and the act of issuing fatwas is called iftāʾ. Fatwas have played an important role throughout Islamic history, taking on new forms in the modern era.

Resembling jus respondended in Roman law and rabbinic responsa, privately issued fatwas historically served to inform Muslim populations about Islam, advise courts on difficult points of Islamic law, and elaborate substantive law. In later times, public and political fatwas were issued to take a stand on doctrinal controversies, legitimize government policies, or articulate grievances of the population. During the era of European colonialism, fatwas played a part in mobilizing resistance to foreign domination.

Muftis acted as independent scholars in the classical legal system. Over the centuries, Sunni muftis were gradually incorporated into state bureaucracies, while Shia jurists in Iran progressively asserted an autonomous authority starting from the early modern era.

In the modern era, fatwas have reflected changing economic, social, and political circumstances, and addressed concerns arising in varied Muslim communities. The spread of codified state laws and Western-style legal education in the modern Muslim world has displaced muftis from their traditional role of clarifying and elaborating the laws applied in courts. Instead, modern fatwas have increasingly served to advise the general public on other aspects of sharia, particularly questions regarding religious rituals and everyday life. Modern public fatwas have addressed and sometimes sparked controversies in the Muslim world, and some fatwas in recent decades have gained worldwide notoriety. The legal methodology of modern ifta often diverges from pre-modern practice, particularly so in the West. The emergence of modern media and universal education has transformed the traditional institution of ifta in various ways. While the proliferation of contemporary fatwas attests to the importance of Islamic authenticity to many Muslims, little research has been done to determine how much these fatwas affect the beliefs or behavior of the Muslim public.

The origins of the fatwa can be traced back to the Quran. On a number of occasions, the Quranic text instructs the Islamic prophet Muhammad on how to respond to questions from his followers regarding religious and social practices. Several of these verses begin with the phrase "When they ask you concerning ..., say ..." In two cases (4:127, 4:176) this is expressed with verbal forms of the root f-t-y, which signify asking for or giving an authoritative answer. In the hadith literature, this three-way relationship between God, Muhammad, and believers, is typically replaced by a two-way consultation, in which Muhammad replies directly to queries from his Companions (sahaba).

According to Islamic doctrine, with Muhammad's death in 632, God ceased to communicate with mankind through revelation and prophets. At that point, the rapidly expanding Muslim community turned to Muhammad's Companions, as the most authoritative voices among them, for religious guidance, and some of them are reported to have issued pronouncements on a wide range of subjects. The generation of Companions was in turn replaced in that role by the generation of Successors (tabi'un). The concept of fatwa thus developed in Islamic communities under a question-and-answer format for communicating religious knowledge and took on its definitive form with development of the classical theory of Islamic law.

The legal theory of the fatwa was formulated in the classical texts of usul al-fiqh (principles of jurisprudence), while more practical guidelines for muftis were found in manuals called adab al-mufti or adab al-fatwa (etiquette of the mufti/fatwa).

Fatwas are issued in response to a query. They can range from a simple yes/no answer to a book-length treatise.A short fatwa may state a well-known point of law in response to a question from a layperson, while a "major" fatwa may give a judgment on an unprecedented case, detailing the legal reasoning behind the decision. Queries to muftis were supposed to address real and not hypothetical situations and be formulated in general terms, leaving out names of places and people. Since a mufti was not supposed to inquire into the situation beyond the information included in the query, queries regarding contentious matters were often carefully constructed to elicit the desired response. A mufti's understanding of the query commonly depended on their familiarity with local customs and colloquialisms. In theory, if the query was unclear or not sufficiently detailed for a ruling, the mufti was supposed to state these caveats in their response.

Fatwas were solicited by men and women from all social classes. A mufti could be an obscure scholar, who occasionally replied to queries from people in his neighborhood, or, at the other extreme, a famous jurist or a powerful state official. The level of technical detail supplied in a fatwa, such as citations of sources or specification of legal methodologies employed, depended on the technical level of the petitioner. In theory, a petitioner was supposed to verify the mufti's scholarly reputation, but mufti manuals (adab al-mufti) recognized that it would be difficult for a layperson to do so, and advised the petitioner to trust their sense of the mufti's piety and ideally follow the advice of a single scholar known for exemplary morals. The mufti was often a well-known figure in his neighborhood. Some petitioners could choose among several local muftis, while others had to or chose to travel to receive a fatwa. Judges commonly sent letters to solicit fatwas from prominent jurists in another town or even country. The sunni legal theory generally permits the petioner to obtain a fatwa from multiple jurists on the same query, provided that it addresses a real and not hypothetical situation. Some petitioners sought out a second fatwa because they were unsatisfied with the first, and the two sides in a legal dispute generally each sought to obtain a fatwa that would support their position.[6] Muftis often consulted another mufti on difficult cases, though this practice was not foreseen by legal theory, which saw futya as a transaction between one qualified jurist and one "unqualified" petitioner. 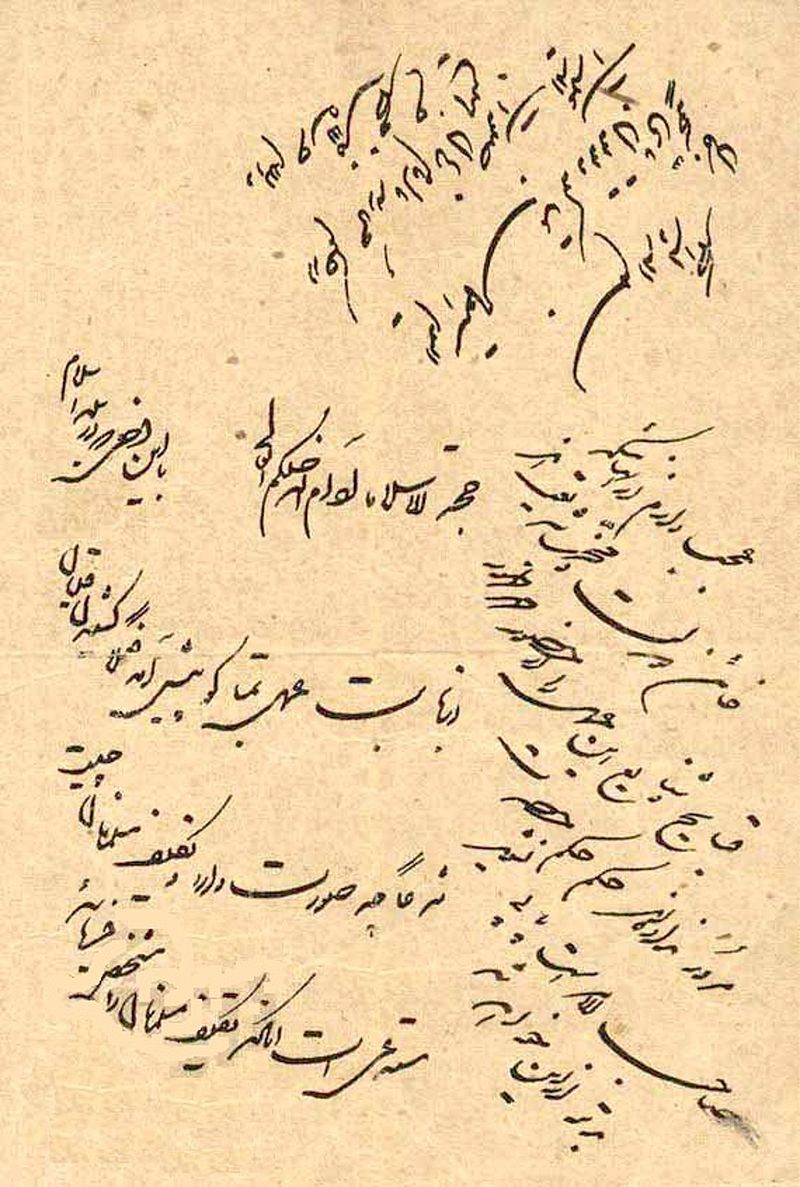 In theory, a mufti was expected to issue fatwas free of charge. In practice, muftis commonly received support from the public treasury, public endowments, or private donations. Taking of bribes was forbidden. Until the 11th or 12th century, the vast majority of jurists held other jobs to support themselves. These were generally lower- and middle-class professions such as tanning, manuscript copying, or small trade.

In theory, fatwas could be delivered orally or in writing, but it is not clear how common oral fatwas were, aside from those issued by an Ottoman office established specifically for the purpose of issuing oral fatwas. Many routine, written fatwas were delivered directly to the petitioner on the piece of paper containing the query, leaving no documentary trace. However, large collections of ordinary fatwas are preserved in Ottoman and Indian archives. Mufti manuals contained a number of regulations about the standard format of a fatwa, such as avoiding blank space that could be used for a spurious addition and concluding the fatwa with an expression like allahu a'lam (God knows best). Nonetheless, fatwas took on a variety of forms depending on the local legal culture.

The classical institution of fatwa is similar to jus respondendi in Roman law and the responsa in Jewish law.

managing information about Islam by providing legal advice to Muslim populations as well as counseling them in matters of ritual and ethics;

advising courts of law on finer points of Islamic law, in response to queries from judges;

elaborating substantive Islamic law, particularly though a genre of legal literature developed by author-jurists who collected fatwas of prominent muftis and integrated them into books.

Before the rise of modern education, the study of law was a centerpiece of advanced education in the Islamic world. A relatively small class of legal scholars controlled the interpretation of sharia on a wide range of questions essential to the society, ranging from ritual to finance. It was considered a requirement for qualified jurists to communicate their knowledge through teaching or issuing fatwas. The ideal mufti was conceived as an individual of scholarly accomplishments and exemplary morals, and muftis were generally approached with the respect and deference corresponding to these expectations.

Page from a compilation of fatwas from Safavid Persia, late 17th century

Judges generally sought an opinion from a mufti with higher scholarly authority than themselves for difficult cases or potentially controversial verdicts. Fatwas were routinely upheld in courts, and if a fatwa was disregarded, it was usually because another fatwa supporting a different position was judged to be more convincing. If a party in a dispute was not able to obtain a fatwa supporting their position, they would be unlikely to pursue their case in court, opting for informal mediation instead, or abandoning their claim altogether. Sometimes muftis could be petitioned for a fatwa relating to a court judgment that has already been passed, acting as an informal appeals process, but the extent of this practice and its mechanism varied across history. While in most of the Islamic world judges were not required to consult muftis by any political authority, in Muslim Spain this practice was mandatory, so that a judicial decision was considered invalid without prior approval by a legal specialist.

Author-jurists collected fatwas by muftis of high scholarly reputation and abstracted them into concise formulations of legal norms that could be used by judges, giving a summary of jurisprudence for a particular madhhab (legal school). Author-jurists sought out fatwas that reflected the social conditions of their time and place, often opting for later legal opinions which were at variance with the doctrine of early authorities. Research by Wael Hallaq and Baber Johansen has shown that fatwa compilations could, and sometimes did, have a significant impact on the development of Islamic law.

During the early centuries of Islam, the roles of mufti, author-jurist, and judge were not mutually exclusive. A jurist could lead a teaching circle, conduct a fatwa session, and adjudicate court cases in a single day, devoting his night hours to writing a legal treatise. Those who were able to act in all four capacities were regarded as the most accomplished jurists.

From the standpoint of morality and religious obligation, the term fatwa has been contrasted with taqwa (piety, fear of God), particularly in Sufi literature. Fatwas may allow a choice between lenient and strict interpretation of sharia on a certain matter, or they may employ legalistic stratagems (hiyal) to circumvent a stricter interpretation, while such strategies may not be acceptable from the standpoint of taqwa.