Estée Lauder (/ˈɛsteɪ ˈlɔːdər/; née Josephine Esther Mentzer; July 1, 1908 – April 24, 2004) was an American businesswoman. She co-founded her eponymous cosmetics company with her husband, Joseph Lauter (later Lauder). Lauder was the only woman on Time magazine's 1998 list of the 20 most influential business geniuses of the 20th century. 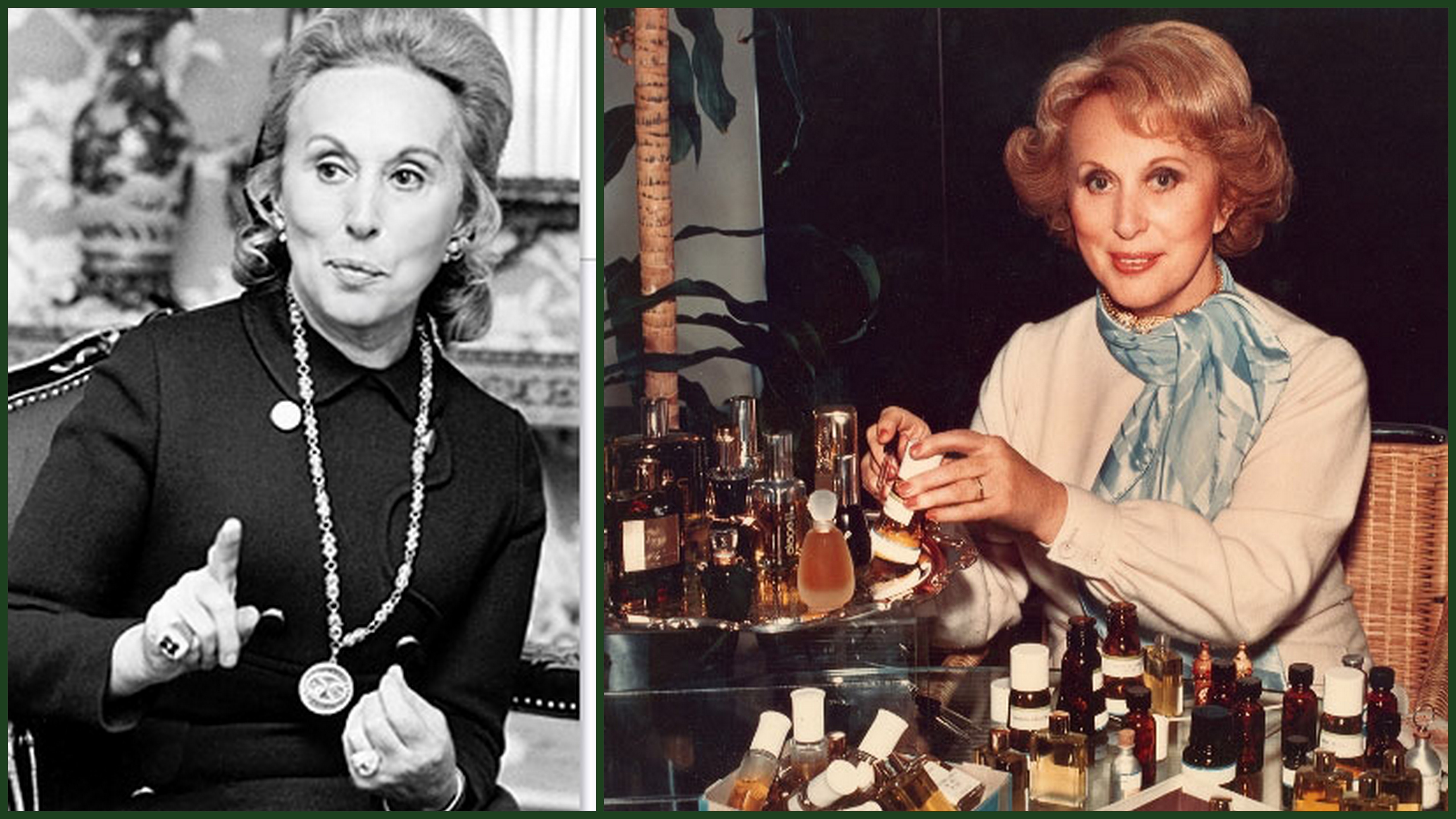 Estée Lauder was born as Josephine Esther Mentzer in Corona, a neighborhood in the borough of Queens in New York City. Officially her birthday falls on July 1, 1908, but according to other accounts, she was born two years earlier on July1, 1906.

Estee’s father, Max Mentzer, was a Czechoslovakian from Holice (now in Slovakia). He migrated to USA in 1890s. Working first as a custom-tailor, he eventually opened a hardware store beneath their family home in Corona.

Estee’s mother, Rose nee Schotz nee Rosenthal, was a Hungarian from Sátoráljaújhely. She came to the USA in 1898 with her five children to join her then husband Abraham Rosenthal. Eventually in 1905, she married Max Mentzer, ten years her younger.

Apart from her five children from her previous marriage, she bore Max four more, Estee being the youngest of them. Although christened Josephine, she preferred to be called by her nickname Estee, to which she later added an accent, making it Estée.

In spite of having to manage such a large family, Rose was gorgeous woman, conscious about her looks and always used a parasol to protect her skin from ultra violet rays. As a child, Estee loved to brush her hair, wanting to grow up like her. She was also influenced greatly by her father. 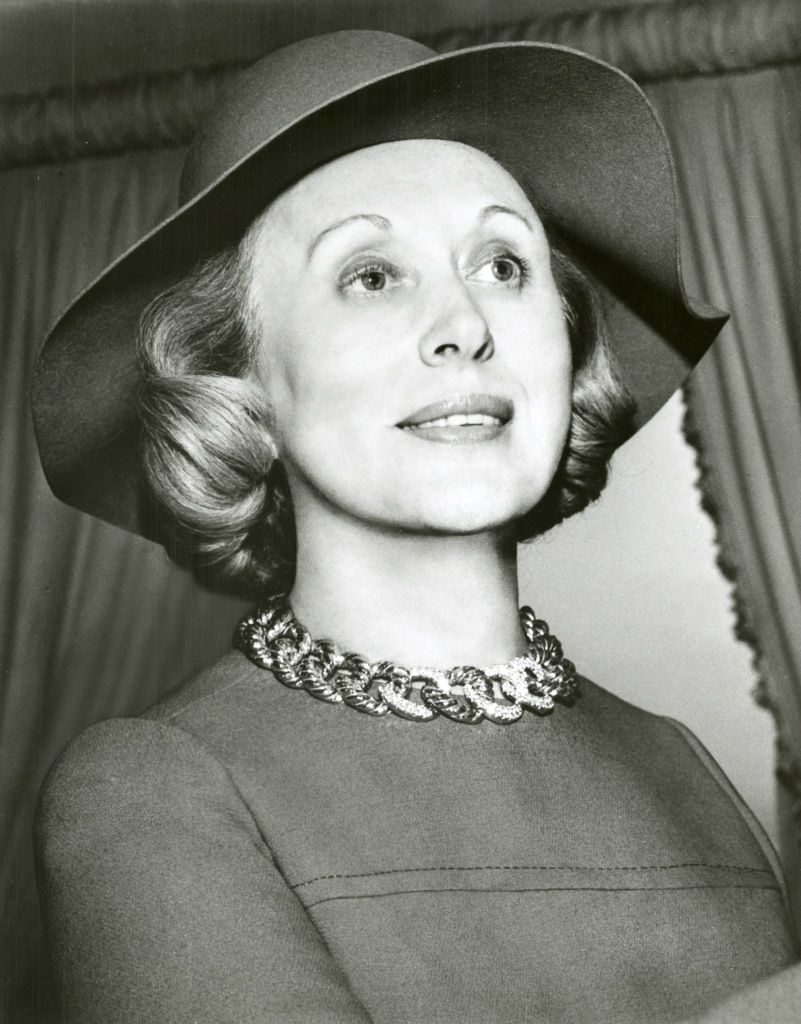 Estee was also very embarrassed about her parents’ way of life that betrayed their migrant status. A petit blonde with a lovely skin and a determination to look good, she wanted to be fully American, more importantly, a successful actress, with her name and fame spread all over.

While attending Newtown High School in Elmhurst, Estee also served in her father’s shop. Here she learned the basics of retailing; not only about the importance of perfectionism, but also about the outward appearance of merchandise as well as promotion of quality products.She particularly remembered how they gift-wrapped hammers and nails, which her father gifted to his customers during the Christmas time. Much, later she would use the same tactic to draw more customers.

When Lauder grew older, she agreed to help her uncle, Dr. John Schotz, with his business. Schotz was a chemist, and his company, New Way Laboratories, sold beauty products such as creams, lotions, rouge, and fragrances. She became more interested in his business than her father's. She was fascinated watching her uncle create his products. He also taught her how to wash her face and do facial massages. After graduating from high school, she focused on her uncle's business.

Lauder named one of her uncle's blends Super Rich All-Purpose Cream, and began selling the preparation to her friends. She sold creams like Six-In-One cold cream and Dr. Schotz's Viennese Cream to beauty shops, beach clubs and resorts. One day, as she was getting her hair done at the House of Ash Blondes, the salon's owner Florence Morris asked Lauder about her perfect skin.Soon, Estée returned to the beauty parlor to hand out four of her uncle's creams and demonstrate their use. Morris was so impressed that she asked Lauder to sell her products at Morris's new salon.

In 1953, Lauder introduced her first fragrance, Youth-Dew, a bath oil that doubled as a perfume. Instead of using French perfumes by the drop behind each ear, women began using Youth-Dew by the bottle in their bath water. In the first year, it sold 50,000 bottles; by 1984, the figure had risen to 150 million.

Lauder was a subject of a 1985 TV documentary, Estée Lauder: The Sweet Smell of Success. Explaining her success, she said, "I have never worked a day in my life without selling. If I believe in something, I sell it, and I sell it hard." 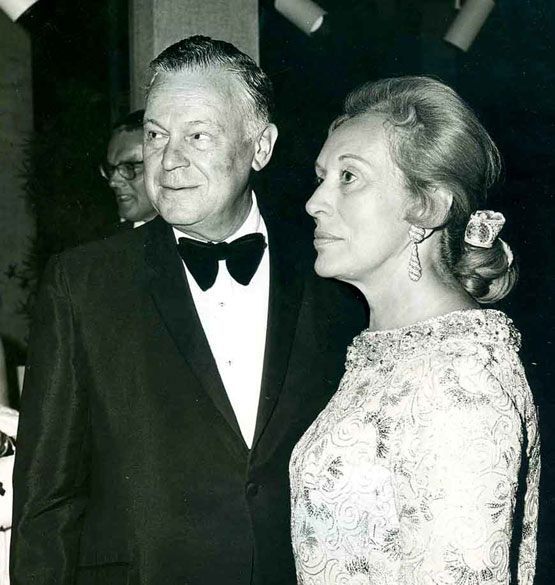 Estée met Joseph Lauter when she was in her early twenties. On January 15, 1930, they married. Their surname was later changed from Lauter to Lauder. Their first child, Leonard, was born March 19, 1933.

From the beginning, Estée Lauder’s goals were clear and simple: a woman has only ten minutes in the morning and evening – and during that time her skin should become young and radiant. The concept of ‘quick and effective’ was brilliant.Estée decided to completely focus on her career. In 1939, she divorced Joe, and, taking their son, moved to Miami Beach, where she established an office in one of the expensive hotels ‘Roney Plaza’ on Collins Avenue in Miami Beach.In 1942, her first son got seriously sick and that reunited her with her former husband. On the 7th of December they were re-married. Then Estée and John decided to work together in the company. Estée was responsible for the development and marketing, while Joe worked with finance and manufacturing. Ultimately, they created an empire Estée Lauder Cosmetics.In 1944, they opened their first store in New York. In that year Estee’s second son, Ronald, was born and that did not distract her from the work.

In 1953 they introduced ‘Youth Dew’, a bath oil that revolutionized the perfume segment and earned huge profit.

With success of Youth Dew, the Lauders decided to venture abroad. In 1960, they opened their first international outlet at Harrods’, London and an office in Hong Kong in 1961. Concurrently, Mrs. Lauder started introducing other popular fragrances, such as Azurée, Aliage, Private Collection, White Linen, Cinnabar, and Beautiful.

In 1964, Estee Lauder made another revolution when she brought out a masculine fragrance called Aramis. Developed into a separate line for men, Aramis now includes 20 different products.

In 1968, the company created their third brand, ‘Clinique’, a line of fragrance-free, allergy-tested cosmetics. Made in Clinique Laboratories, it was created under the direct supervision of Estee’s daughter-in-law, Evelyn Lauder. Estee was very proud that all her family contributed to the growth of the company she struggled to erect.

In 1973, Estee Lauder resigned from her position as President of the Company in favor of her son Leonard, but remained the Chairman of the Board. By then, Estee products were being sold in 70 countries across the world.

Although Estee Lauder was no longer involved in the day-today running of the company, she continued to be productive, creating two more brands under her direct supervision. In 1979, she introduced the Prescriptives line of cosmetics and in 1990, the Origins, the first wellness brand in U.S. department stores. 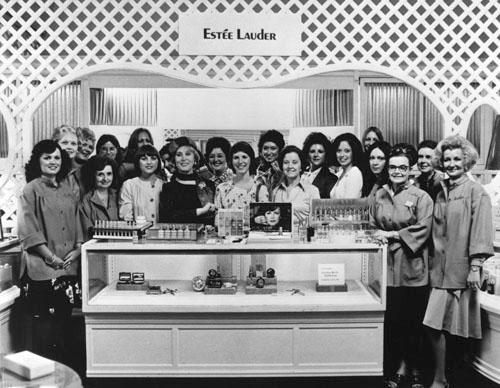 In 1967, she was included in the lists of ‘100 best American entrepreneurs’ and in 1970 in the list of ‘Ten Outstanding Women in Business in the United States’.

In 1968, she received the Albert Einstein College of Medicine Spirit of Achievement Award.

On 16 January 1978, she became the first woman to receive the Insignia of Chevalier of the Legion of Honor (France).

In 1988, she was inducted to the Junior Achievement U.S. Business Hall of Fame.

In 2004, shortly before her death, Estee Lauder received the Presidential Medal of Freedom.

When the managers at Galleries Lafayette in Paris refused to stock her products, Mrs. Lauder spilled her Youth Dew ‘accidentally’ on the floor. As the fragrance wafted through customers began to ask from where they could get the product. Capitulated, the manager finally placed the order. 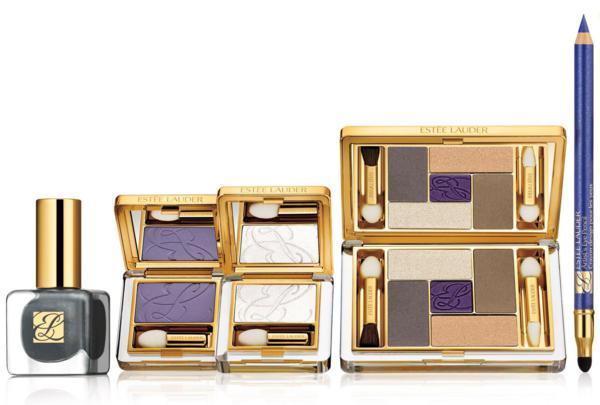 After his death, Estee Lauder spent more and more time in philanthropic works. Among others, she set up Joseph T. Lauder Institute for Management and International Studies at the University of Pennsylvania in memory of her husband. She also led a very flamboyant social life.

On April 24, 2004, Estee Lauder died from cardiopulmonary arrest at her home in Manhattan. She was survived by her two sons, daughters-in-law and several grandchildren.

Estée Lauder was born in Corona.