The English Shepherd is a shepherd breed of dogs formed in the USA in the XVIII-early XIX centuries on the basis of the bloodlines of local dogs and border collies brought to this country from England. Also, old-type Scottish collies, also imported to the USA, took part in the formation of the breed.

According to the data for 2021, the English Shepherd breed is recognized by only one cynological federation - the United Kennel Club (UKC).

Also, the documents for the recognition of the breed were submitted to the American Kennel Club (AKC). 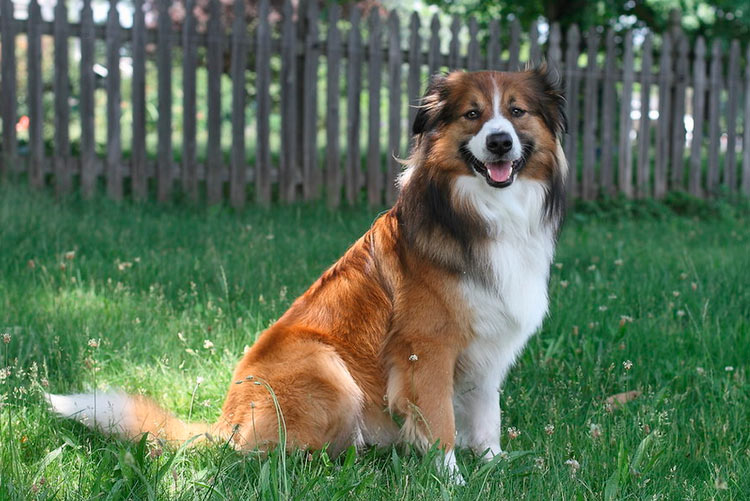 History of the breed

The formation of the breed began in the United States on the basis of various types of collies and pastoral mestizos imported to this country from Europe. Dogs imported by Scottish settlers had the greatest influence on the formation of the breed. Since farmers in the United States needed more versatile dogs than those breeds that were brought from the Old World, they began to actively mix the blood of various guard shepherds and large mestizos. This made it possible to form a breed that could be used not only as a shepherd, but also as a guard and, in some cases, a hunting dog.

The name of the English Shepherd breed was received much later, already in the XXI century. Initially, the breed was called "American farm dog". Under this name, it was registered by the UKC Kennel Club in 1927.

Since the official registration of the breed, work has begun on the standardization of the number of dogs within the breed. Prior to this, the farmers, in the course of whose work the breed was formed, were more concerned about the working qualities of dogs than their single phenotype.

In 2003, the previously adopted breed standard was partially rewritten, and the breed name was changed to the English Shepherd. 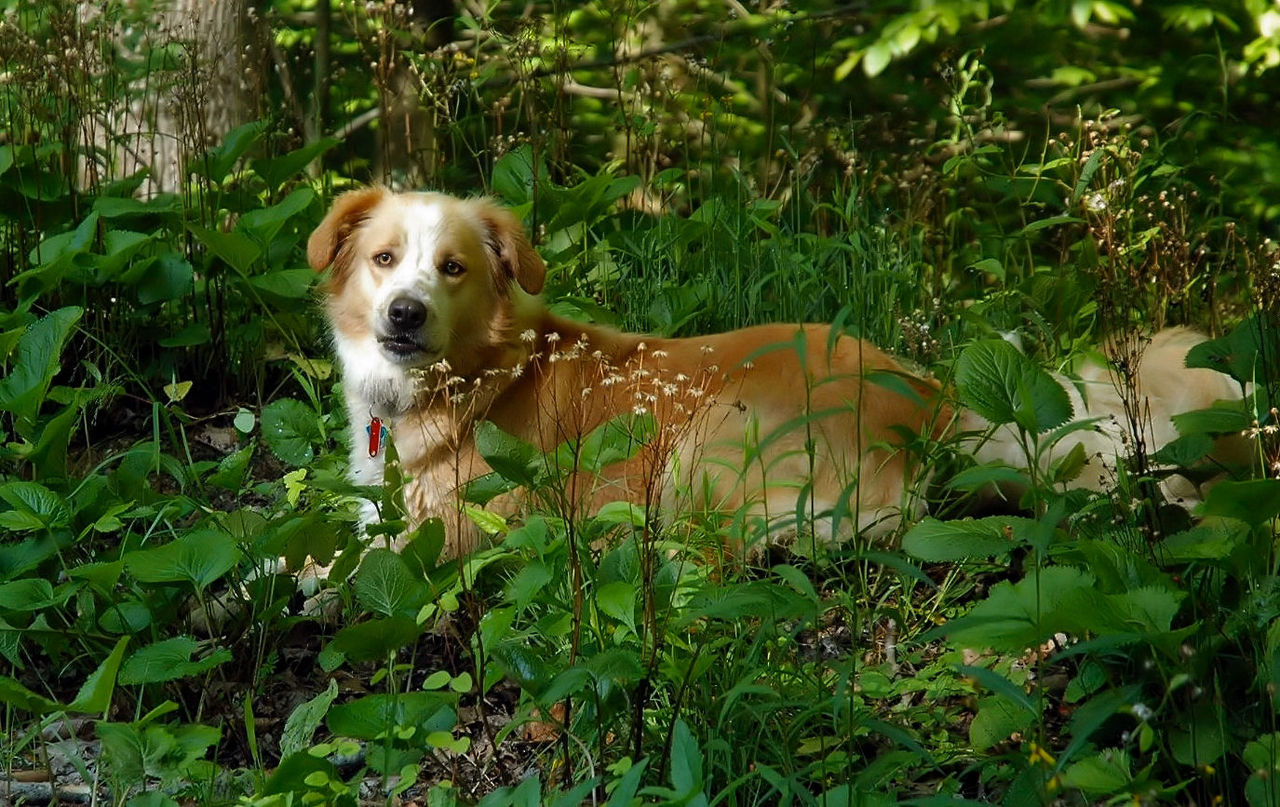 The English Shepherd is a breed of medium-sized dogs with a pronounced phenotypic similarity to the Border Collie. The differences between English Shepherds include a noticeably stockier and looser body structure, as well as a more square and denser and wider body than that of a border Collie. In the exhibition evaluation of English Shepherds, unlike border collies, it is mandatory to conduct working tests.

Dogs of this breed are characterized by pronounced sexual dimorphism - males are much larger and looser than bitches, have a well-defined adorning hair.

The English Shepherd Dog has a mobile, active temperament and high learning ability. The nature of these dogs is energetic, curious, English Shepherds tend to show interest in everything new. Dogs of this breed are self-confident, do not tend to show cowardice, have moderate aggressiveness and distrust of strangers. They are highly focused on engaging with a person, they develop obedience skills well. However, these dogs belong to the so-called "dogs of one owner" - in the family, a dog of this breed will be fully obedient and devoted to only one person. Changing the owner for these dogs is difficult, in some cases it may not be possible.

When kept with other pets, they quickly learn not to show aggression to other pets in the house.

A distinctive feature of English Shepherds is that they can "herd" both younger family members and pets, which is expressed in slight bites on the legs and barking. 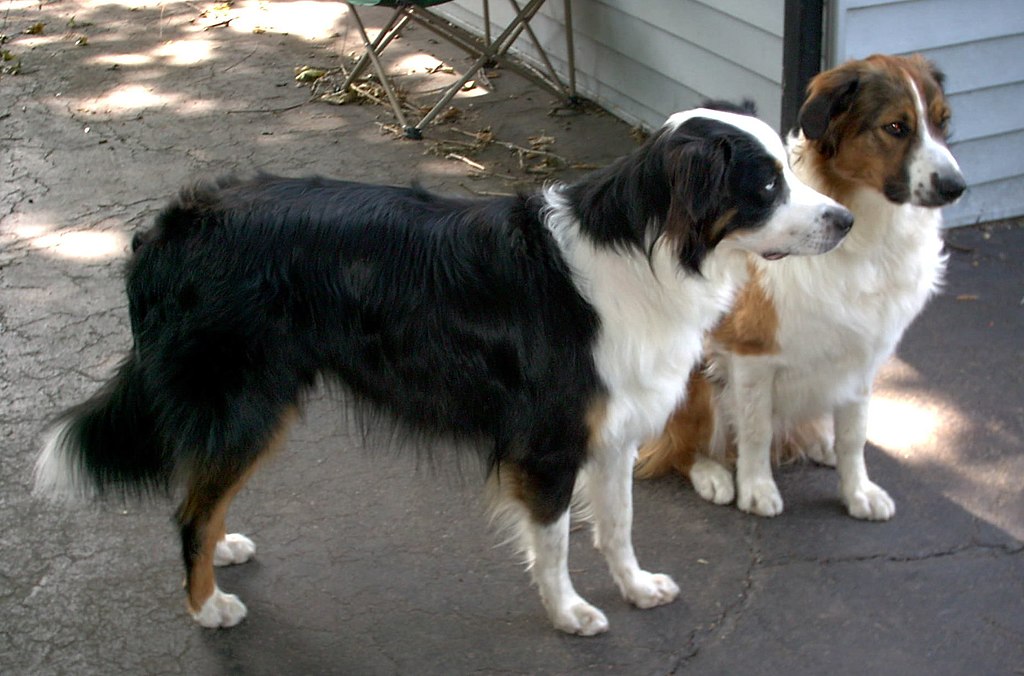 Dogs of this breed easily adapt to various climatic and weather conditions. They are suitable for keeping both in apartments and in private houses, where they can live in open enclosures.

Twice a year, the English Shepherd actively sheds, during this period they need careful combing to avoid the appearance of tangles. The rest of the time, the hair of dogs of this breed does not require special care. As the contamination occurs, it is allowed to wash the dog with special shampoos or just water.

At a young age, dogs of this breed require a large amount of physical and mental stress, otherwise they may begin to show unmotivated aggression and demonstrate pronounced destructive behavior.

English Shepherds have a pronounced dog smell, which increases when wet, which makes this breed unsuitable for allergy sufferers.

It is also not recommended to take this dog to families with young children.

Dogs of this breed have not been found to have specific breed genetic diseases.

With age, as with many sheepdogs, the risk of dysplasia increases significantly. For this reason, for age-related dogs, it is necessary to reduce loads.