An American YouTuber and Twitch streamer.

Dream is an American YouTuber and Twitch streamer who is known primarily for creating Minecraft content.

Dream gained substantial popularity in 2019 and 2020 having uploaded videos based around the game Minecraft. He is well known for his YouTube series Minecraft Manhunt and his speedruns of Minecraft. Content created in his Dream SMP Minecraft server has also attracted considerable attention. As of January 26, 2022, his seven YouTube channels have collectively reached over 39 million subscribers and over 2.9 billion total views. YouTube awarded Dream the Streamy Award for Gaming in 2020 and 2021.

At the end of 2020, Dream was accused of cheating in multiple Minecraft speedruns, following an investigation by the moderators of speedrun.com, who determined that Dream had cheated by increasing his chances of obtaining certain items in the game. In May 2021, Dream admitted that his game had been modified during the speedruns in question, but stated that he did not know the modifications increased his chances in singleplayer speedruns, believing them to only affect his multiplayer gameplay.

Dream created his YouTube account on February 8, 2014 and started to upload content regularly in July 2019. The first video on Dream's account that is still accessible involves him playing the game Minecraft poorly on purpose in order to "trigger" viewers. As of December 2021, the video has amassed 16 million views.

In July 2019, Dream figured out the seed of a Minecraft world YouTuber PewDiePie was playing on using reverse engineering techniques that Dream learned from online forums. In November 2019, Dream uploaded a viral video titled "Minecraft, But Item Drops Are Random And Multiplied…" that has amassed 49 million views as January 2021. In January 2020, Dream uploaded a video in which he and another YouTuber, GeorgeNotFound, connected an Arduino board to an electric dog collar, which emitted an electric shock whenever a player lost health in Minecraft.

In December 2020, in place of their annual YouTube Rewind series, YouTube released a list of their top-trending videos and creators. On the U.S. list, YouTube ranked Dream's "Minecraft Speedrunner VS 3 Hunters GRAND FINALE" video as the number seven "Top Trending Video", and ranked Dream as the number two "Top Creator" and number one "Breakout Creator". A livestream by Dream on YouTube in November 2020 with around 700,000 peak viewers was the 6th highest viewed gaming stream of all time as of January 2021. A December 2020 Polygon article stated that "2020 has been a tremendous year for Dream", describing him as "YouTube's biggest gaming channel of the moment".

In a January 2021 article, Steven Asarch of Business Insider attributed Dream's growth during 2019 and 2020 "to his understanding of the YouTube algorithm", noting that "He puts his keywords in the right places, capitalizes on trends, and makes thumbnails that fans want to click on."

Dream is a member of the "Dream Team", along with fellow YouTubers Sapnap and GeorgeNotFound. The group frequently collaborate to create new content. Dream also has a friendly rivalry with fellow Minecraft YouTuber Technoblade.

Dream's most well-known and most-watched series is Minecraft Manhunt. In Minecraft Manhunt, one player—usually Dream—attempts to finish the game as fast as possible without dying, while another player or team of players (the "Hunters") attempts to stop this player from beating the game by killing them. The hunters each possess a compass pointed towards the player's location and are allowed to respawn whenever they die. The hunters win the game if the player dies before beating the Ender Dragon.

On December 26, 2019, Dream uploaded the first video in this series, titled "Beating Minecraft But My Friend Tries to Stop Me". Dream would subsequently repeat this style of video on many occasions, increasing the number of Hunters over time.

Many of the Minecraft Manhunt videos have received tens of millions of views. One of his Manhunt videos was sixth in YouTube's Top Trending Videos of 2020.

In April or May 2020, Dream and George created the Dream SMP, a private Survival Multiplayer (SMP) Minecraft server. Over time, other prominent Minecraft content creators outside the "Dream Team" have been invited to the server, including TommyInnit and Wilbur Soot.

The Dream SMP has been noted for its roleplay, with major events being loosely scripted in advance and most other elements being improvisation, performed live on YouTube and Twitch. Cecilia D'Anastasio of Wired described the Dream SMP as a form of live theatre and as a "Machiavellian political drama". During January 2021, over 1 million people tuned into Dream SMP livestreams.

On April 26, 2021, as a collaboration with Dream, fellow YouTuber MrBeast's fast-food restaurant chain MrBeast Burger released the Dream Burger as a limited time addition to its menu.

On February 4, 2021, Dream released his first song, entitled "Roadtrip", in collaboration with PmBata, which garnered over 25 million views on YouTube.

On May 20, 2021, Dream released his second song, entitled "Mask", which garnered over 24.7 million views on YouTube. An animated music video for "Mask" was released in June of the same year, though it was later deleted. The song and music video were criticized for their lyrics and animation.

On August 19, 2021, Dream released his third song, entitled "Change My Clothes", in collaboration with American singer-songwriter Alec Benjamin, which garnered over 8.3 million views on YouTube.

An opinion poll showed that Dream is both one of the most liked and disliked YouTubers on the platform, with a 2021 SurveyMonkey poll showing that 59.7% of respondents have a favorable view of him compared to 22.1% who had an unfavorable view.

On January 1, 2021, Dream was doxed by fans who revealed the location of his house. On January 7, Dream addressed the doxing and denied accusations made against him by his former girlfriend.

On March 25, 2021, a clip resurfaced online from a now private video showing a Minecraft account with the username "Dream" saying the word "nigger". The clip garnered attention on Twitter and Reddit. Dream posted a Tweet in response claiming that the person in the video is not him.

On June 30, 2021, Dream announced that he had donated $140,000 ($90,000 from fan contributions and $50,000 from the Dream Team) to The Trevor Project, an LGBT youth charity. Prior to that, Dream had been criticized for announcing that all revenue generated by his streams in June would go to the charity, while then not streaming for more than a single day that month.

In early October 2020, Dream livestreamed speedrunning of Minecraft, submitting one of his times to speedrun.com, who awarded him then 5th place for the record in the "1.16+ random seed glitchless" category. Accusations of Dream cheating in these speedruns first arose on October 16, when another Minecraft speedrunner, in now deleted tweets, reported seeing higher drop rates for key items in one of the speedrunning attempts that Dream submitted. Dream responded on October 29 in now deleted tweets, arguing that he had no reason to cheat, that he did not possess the coding knowledge to raise drop rates, and that the data was cherry picked.

On December 11, 2020, following a two-month investigation, speedrun.com's Minecraft verification team removed his submission from the leaderboards. The team published a report, along with a 14-minute video to YouTube, analyzing six archived livestreams of speedrunning sessions by Dream from around the time of the record. The team concluded that the game had been modified to make the chance of obtaining certain items needed to complete the game higher than normal; they argued the odds of obtaining the items legitimately were 1 in 7.5 trillion.

In a YouTube video, Dream maintained that the accusations were untrue. In response to the report by speedrun.com, Dream commissioned a report by an anonymous statistician that argued the actual odds of Dream obtaining the items legitimately were 1 in 10 million. Dot Esports said that the report did not exonerate him, and "at most" suggested it was not impossible that he was lucky. The moderation team stood by their ruling and issued a rebuttal to Dream's report. In a tweet, Dream indicated that he would accept their decision without admitting fault. On February 4, 2021, YouTube recreational mathematician Matt Parker published a video on the controversy supporting the conclusions of the moderators.

On May 30, 2021, in a written statement, Dream stated that he had in fact been using a "disallowed modification" that altered item drop probabilities, although he maintained that the addition of the modification was unintentional. According to him, this discrepancy was a result of an unknown change to a client mod written for his YouTube channel. In his statement, he said that the item modifications were changed by the developer of the mod, and said that he was unaware of the addition until February 2021. After becoming aware of the addition, he deleted his video response to the speedrun.com moderators. Dream explained that he did not mention his discovery of the addition publicly back then because he "felt like the community had been through enough drama and that it was pointless. I didn't want to be the center of controversy for the hundredth time" and that he figured "it would be a story I would tell in a few years when no one really cared." 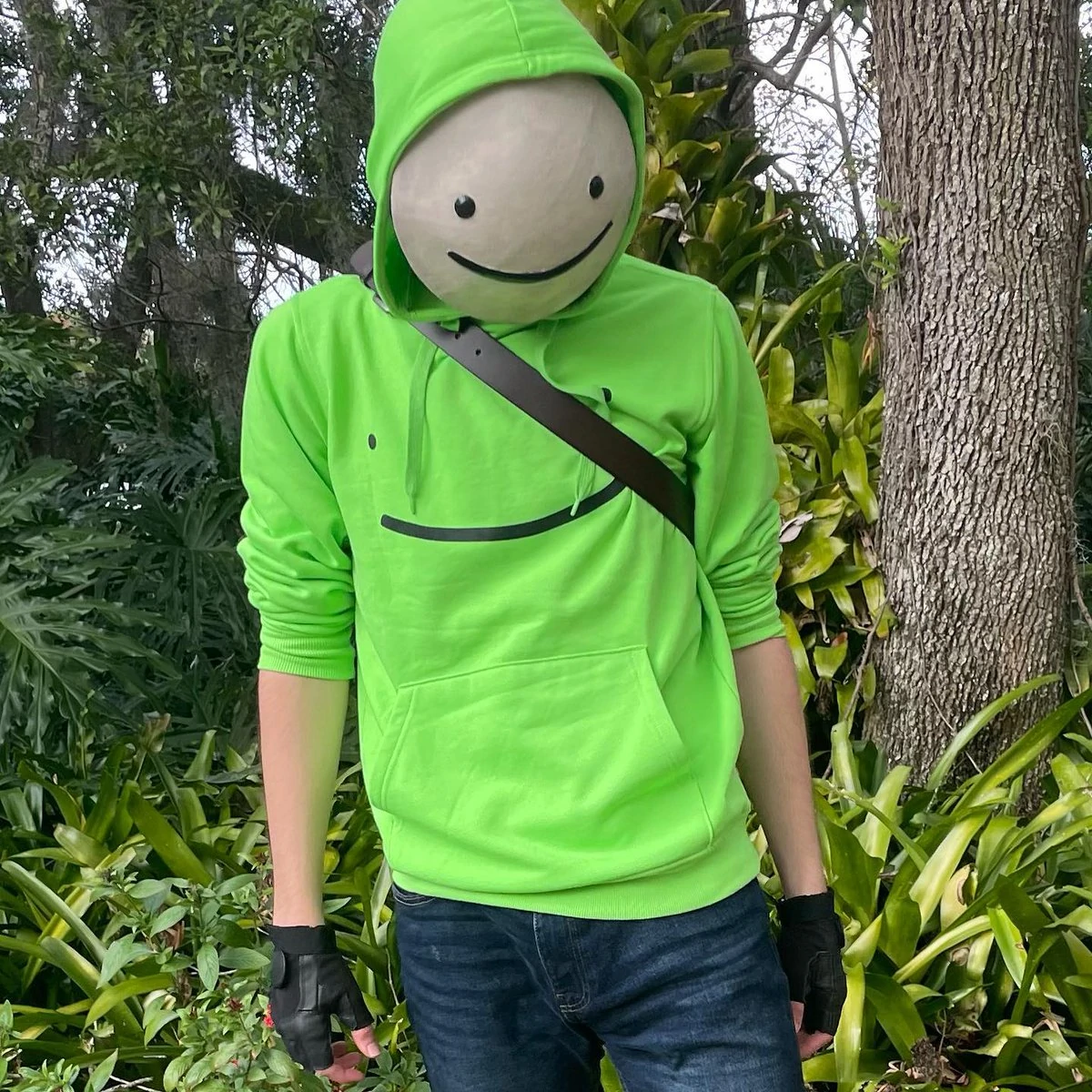