Deep Genomics uses neural networks to analyze genomic data, allowing scientists to identify the genes that cause diseases and develop drugs that deal with them. It has also specialized in finding elusive and less direct disease triggers in a person’s genome. Deep learning can identify patterns in DNA that might contribute to diseases such as spinal muscular atrophy and nonpolyposis colorectal cancer 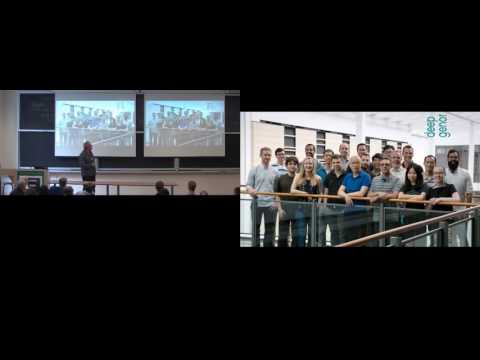 Project Saturn is the name of Deep Genomics artificially intelligent drug prediction and design platform. The project is analyzing over 69 billion oligonucleotides against 1 million gene targets and narrowing down their results to produce 1000 potential new compounds that will work to have the predicted biological affect. The platform is able to continuously improve its predictions in a closed loop based on its failures and successes in reference to human cells. The system is designed to predict what affect an antisense oligonucleotide compound (AGO) on human cells, taking into account individual genotype and multiple biological mechanisms.

After completing its series A funding round on September 25th, 2017, Deep Genomics raised $13,000,000 in funding from Khosla Ventures and True Ventures.

Deep Genomics announced that it will begin working with Wave Life Sciences on April 10th, 2018. Deep Genomics will be offering Wave Life Sciences access to their machine learning platforms to help increase the efficiency of developing new therapies for treating genetic neuromuscular disorders. The two companies will be collaborating to identify therapeutic oligonucleotides that act on gene targets which reduce the negative effects of genes causing neuromuscular disease.

Series A Funding Round

After completing its series A funding round on September 25th, 2017, Deep Genomics raised $13,000,000 in funding from Khosla Ventures and True Ventures.

A sanctuary for startups: How an aging church became home to some of U of T's newest ventures

Correction of a splicing defect in a mouse model of congenital muscular dystrophy type 1A using a homology-directed-repair-independent mechanism. - PubMed - NCBI

Inference Of The Human Polyadenylation Code

IT pros are gearing up for AI to transform health care

Wave Life Sciences and Deep Genomics Join Up to Splice