All edits by  Speedy Rider

Speedy Rider edited on 22 Mar, 2022
Edits made to:
Infobox (+1 properties)
Infobox
Music by

Speedy Rider edited on 22 Mar, 2022
Edits made to:
Infobox (+1 properties)
Infobox
Screenplay by 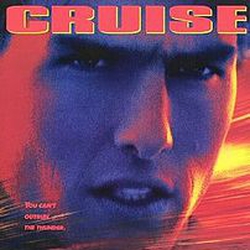 This is the first of three films to star both Cruise and Kidman (the other two being Far and Away and Eyes Wide Shut). The film received mixed reviews, with criticism aimed at its unrealistic special effects, characters, screenplay, acting, dialogue and similarities to Top Gun, but was widely praised for its action sequences, Hans Zimmer's musical score, fast pace, and the performances of Cruise and Kidman.