He is an American actor.

He was born November 18, 1969 in Rochester (Minnesota, USA). Has Norwegian roots.

Since 2005, he has been on television. He gained popularity for one of his leading roles as Steve Nugent on the comedy series Normal and for his recurring role as Congressman Roger Furlong on the HBO series The Vice President. 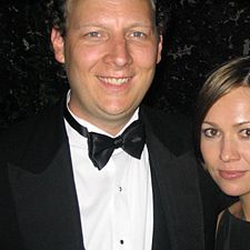