Cornell Tech is a graduate campus of Cornell University, focused on the intersection of technology, business, law, and design. The current campus is located on Roosevelt Island in Manhattan, New York City and was dedicated on September 13, 2017.

Cornell Tech arose from an economic development initiative of Michael Bloomberg's mayoral administration in 2008. The initiative sought to attract another engineering school to the city in the hope that it would produce entrepreneurial engineers who would in turn start job-creating companies.

Seven bids were submitted for the competition, with the administration ultimately selecting Cornell/Technion's bid. As proposed, Cornell Tech would create 28,000 jobs, including 8,000 for academic staff. It would also be able to create 600 companies, leading to $23 billion in economic benefits and an additional $1.4 billion in taxes, during its first three decades of operation. 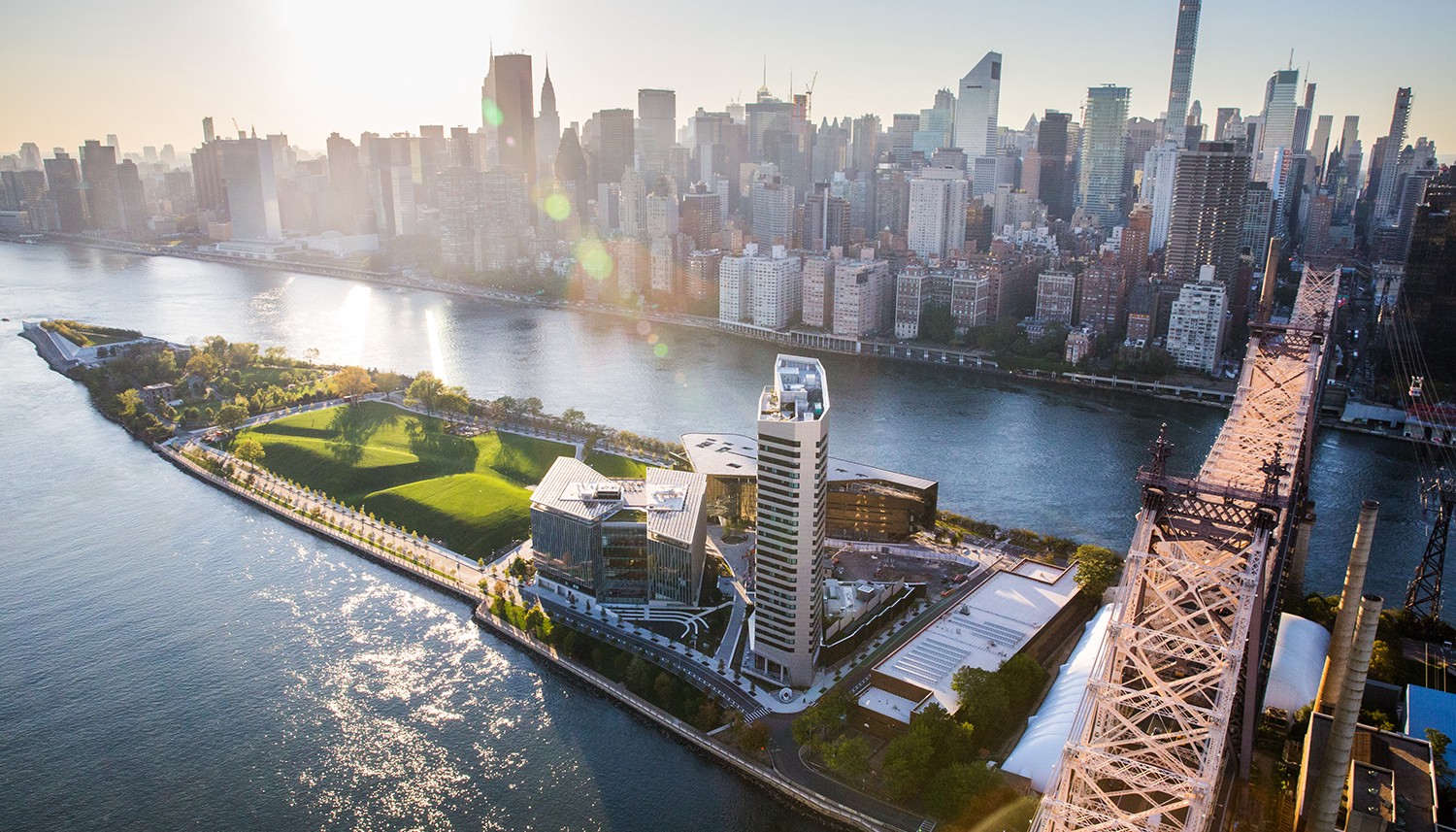 Cornell Tech began operations in 2012 at a temporary site, the New York City offices of Google at 111 Eighth Avenue in the Chelsea neighborhood of Manhattan, while a permanent campus was under construction. The Roosevelt Island campus's 5-acre (2.0 ha) first phase opened on September 13, 2017. By 2037, the full campus is expected to span 12 acres (4.9 ha).

Cornell Tech's academic environment encourages tight integration across disciplines, couples fundamental research with practice, and supports societal and commercial ventures alongside research and education. In addition to world-class academic work, a distinguishing characteristic of our research is that it engages deeply with external communities, organizations, and industry to address real-world problems and contexts that amplify the direct societal and commercial impact of our research.

The Joan & Irwin Jacobs Technion- Cornell Institute embodies the academic partnership between the Technion - Israel Institute of Technology and Cornell University on the Cornell Tech campus.

Launched on November 25, 2019 and based in Cornell Tech, the Veho Institute is focused on vehicle intelligence. Their partners include Cornell Engineering, Cornell Tech and the Motorvehicle University of Emilia-Romagna (MUNER) from the University of Bologna, Italy. The Veho Institute's goal is advancing automotive engineering and data science, with an emphasis on societal impacts, through collaboration between students, faculty and auto industry partners. Subjects include advanced automotive engineering, virtual reality, computer graphics, autonomous driving, assisted mobility, transportation and civil infrastructures.

The institute is led by Silvia Ferrari, Francesco Ubertini and Enrico Sangiorgi.

Project adapts basic tech to give voice to patients in Africa

New York's ascendance as a technology hub was reaffirmed by Google's announcement on Monday that it would create a $1 billion campus in the West Village that would allow the company to double the size of its 7,000 employee work force in the city.

Mayor Michael Bloomberg announced Cornell and Technion as the winner of the Applied Sciences competition.

Chairman, Board of Overseers

Donor; Member, Board of Overseers

This is Cornell Tech

Title
Author
Date
Publisher
Description
Reliability concerns raised over pi-top's STEM learning laptop
Natasha Lomas
August 22, 2019
TechCrunch
TechCrunch has learned of a safety issue and a number of product reliability questions being raised about a modular computer made by a London edtech startup that's intended for children to learn coding and electronics. The product, called the pi-top 3, is a Raspberry Pi-powered laptop with a keyboard that slides out to access a [...]