The Disney Family Edition of Codenames combines the hit social word game with some of Disney’s most beloved properties from the past 90 years.

What to expect: This doesn't shy away from the Codenames game you've come to understand. All the cards showcase a Disney/Pixar Movie, Character, or Iconic Image. Unlike the original Codenames, these are picture-based. However, the names are on the back of the cards, and thank god too because as much of a Disney buff I consider my friends and I, we still see some things and go, what is that from? There are several cards in the game, so every movie is represented. However, there are moments that can get tricky. Because there are only so many Disney/Pixar films in the world, there isn't any option but to duplicate films. That means you end up with 4 Pinocchio cards on the board, but only 2 of them belong to you. Our group just manages this when choosing cards. We implemented a rule that no more than 2 cards can be represented from the same film. It's worked for the most part. Pretty basic. If memory serves correctly, it goes all the way up to Moana, so you'll get recent films too. This helps getting families to play together, and they can choose to fill the board with more recent films if they so desire.

Any different mechanics? Yes, but only if you choose. They include two different piles of "checkerboard" cards for the clue-givers. One stack is the original 5x5 setup, while the other is a condensed 4x4. Other than that, nothing's changed. The 4x4 opportunity makes sense for a few reasons. 1) Playing to the family friendly material, a 4x4 board encourages younger kids to participate. A smaller board means quicker game play and less to focus on. 2) Aforementioned, if you end up with several duplicate movies on the board, you can struggle to provide a clue to get around the 3 other Monsters Inc. cards just for your teammate to guess Randal. A smaller board reduces the chances for duplicates. 3) Who doesn't want options in their games? Short for time: 4x4 board. Boom! Done. 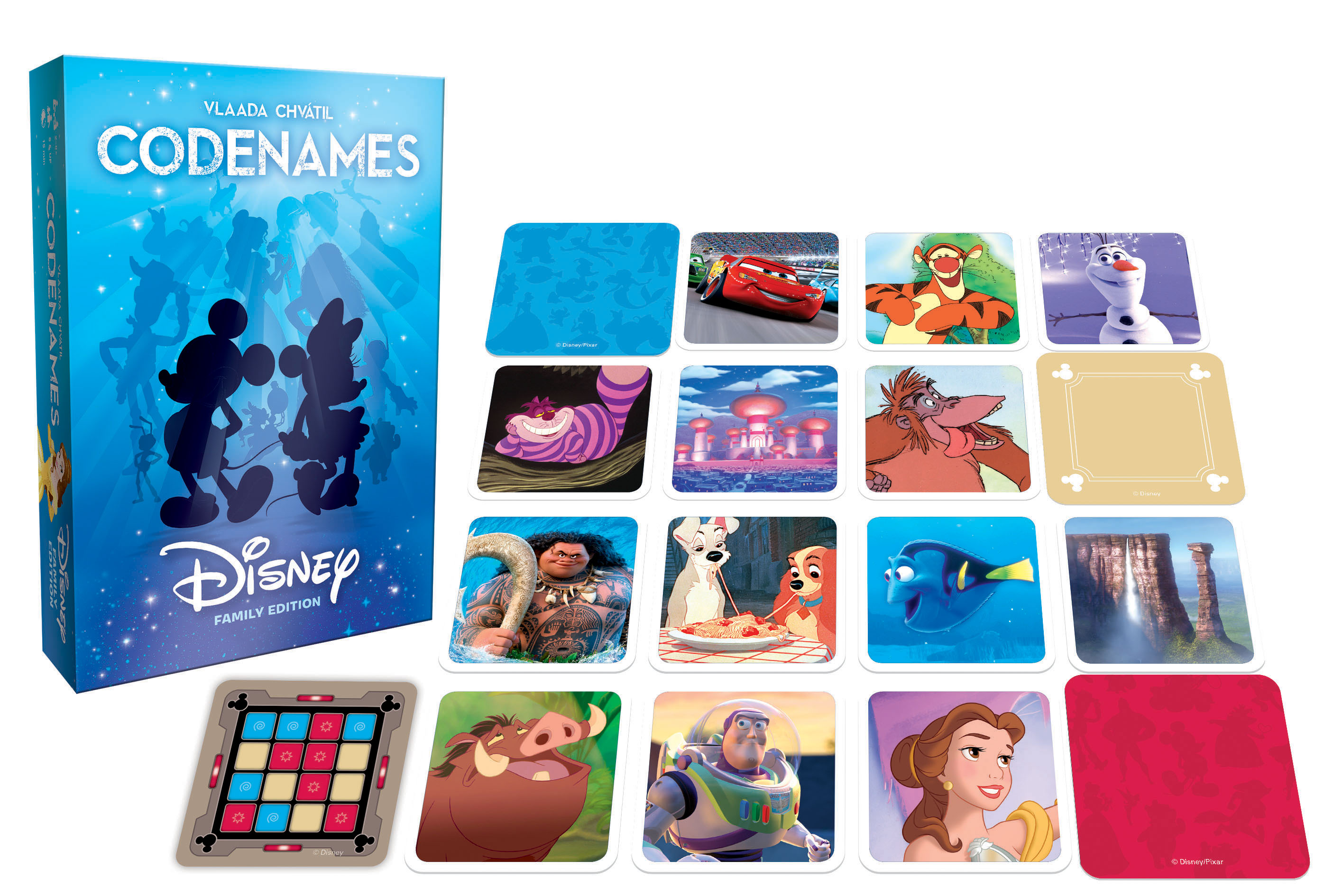 How to Play Disney Codenames in 3 Minutes - The Rules Girl