Black Rifle Coffee is a coffee company set up by veterans.

All edits by  Charles Cammiade 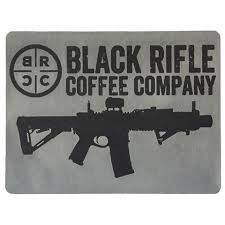 Coffee company set up by veterans

Black Rifle Coffee company, set up by Evan Hafer, a US Special Forces veteran of 18 years, in Salt Lake City, Utah. It employs 80 people and is affiliated with other veteran owned brands.

The marketing message is traditionally conservative and patriotic themed, with direct overtures to 2nd amendment supporters. Evan Hafer suggested in an interview on Fox that some part of his motivation to start BRCC was because of the 'hipster' and leftwing messaging he encountered at the more established nationwide chains.

In February, 2017, Evan Hafer claimed he would hire 10,000 veterans in response to Starbucks CEO Howard Schutz claiming that it wanted to hire 10,000 refugees [http://libertynewsnow.com/veteran-owned-coffee-company-vows-hire-1000-veterans-starbucks-vows-hire-10000-refugees/article6646].

Coffee company set up by veterans