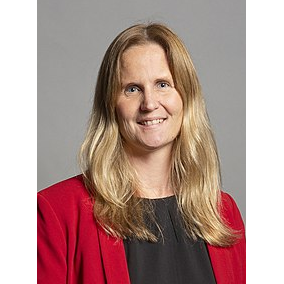 Bethan Winter (born 4 October 1974) is a Welsh Labour Party politician. She has been the Member of Parliament (MP) for Cynon Valley since the 2019 general election.

Winter was born and raised in Cynon Valley. She graduated with a Bachelor of Science in Social Policy and a Master of Arts in Housing Studies, both from the University of Bristol. She later became a researcher and received a PhD from Swansea University in disadvantage among older people in rural communities. Winter is a Welsh speaker.

Winter has worked in RCT for Shelter Cymru and in Penywaun as a community worker, and has also managed a youth club and worked in a food bank. She is an official for the University and College Union.

On entering Parliament following the 2019 general election, Winter was appointed Parliamentary Private Secretary to Rachel Reeves as Shadow Chancellor of the Duchy of Lancaster. However, she resigned in September 2020, when she defied the Labour whip and voted against the Overseas Operations Bill alongside 18 other Labour MPs, including two other junior office holders, Nadia Whittome and Olivia Blake.

"Initial topic creation"
Golden AI created this topic on 1 Aug, 2019
Edits made to: