"Entity importer update"
Golden AI edited on 16 Jun, 2022
Edits made to:
Infobox (+1 properties)
Infobox
Is a 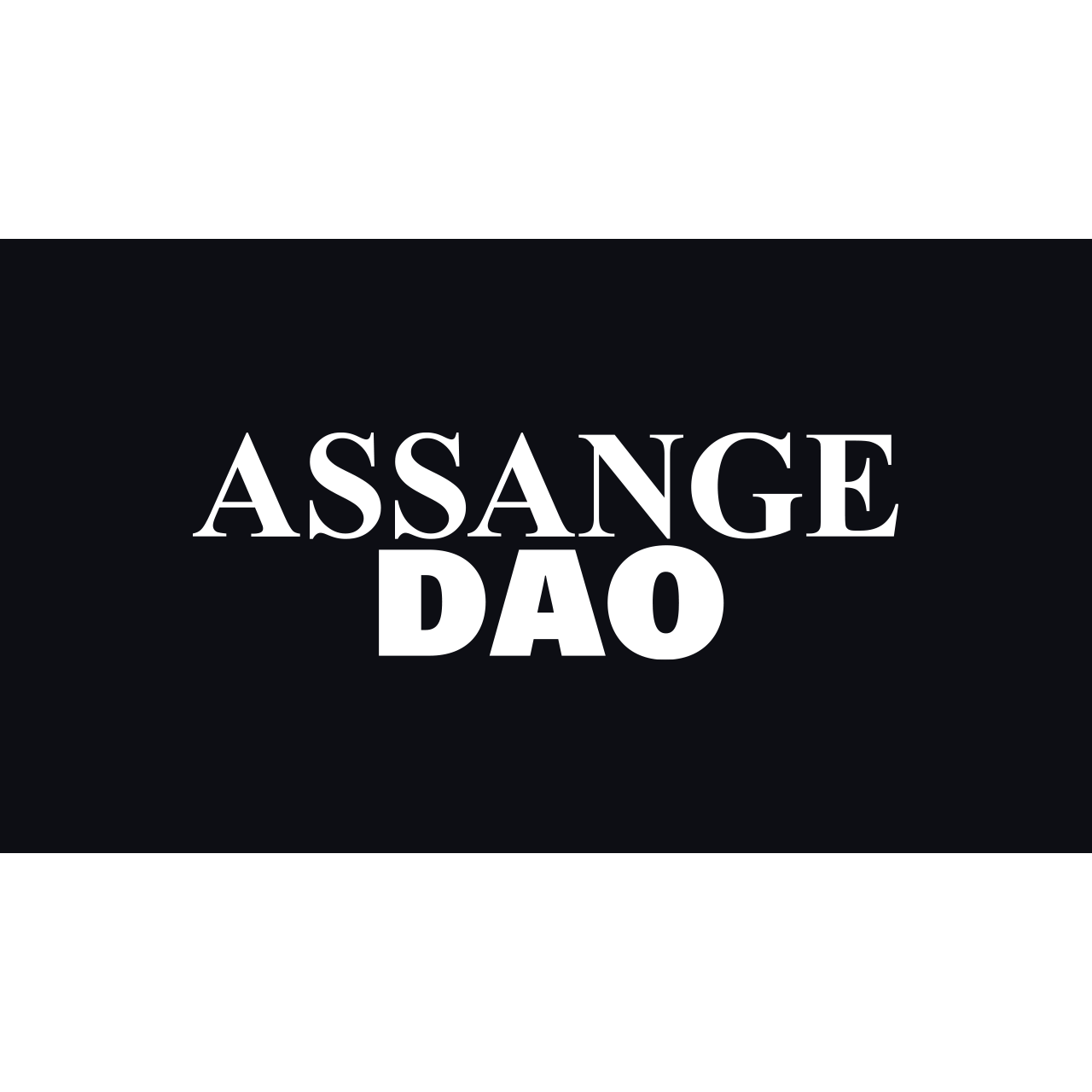 The mission of the AssangeDAO is to inspire a powerful solidarity network and fight for the freedom of Julian Assange. We will raise funds to help with his legal fees and campaigns to increase public awareness on the systemic failure of our justice systems.

We, the cypherpunks, are rallying to the cause of a fellow cypherpunk in distress.

‘One of the best ways to achieve justice is to expose injustice.’

The AssangeDAO is dedicated to restoring Assange's freedom.

The DAO started to mobilize in a Telegram group on December 10th, 2021, the day that the U.S. government won its appeal of a British court ruling that barred Assange’s extradition to the US. If extradited to the United States, Assange faces 175 years in prison for publishing truthful information.

Shortly after the Telegram group was formed, Assange’s brother Gabriel Shipton joined. He informed us that an NFT collaboration with Assange was in progress which was going to be auctioned to raise funds for his campaign.

Inspired by the FreeRossDAO (which raised $12 million to free Ross Ulbricht), the AssangeDAO intends to raise capital to bid on Assange's NFT. By galvanizing an Assange solidarity network we hope to send a powerful signal that the time of passivity is over. A new era of cypherpunk organization has dawned.

Censored is an NFT collection in collaboration with Assange and renowned digital artist Pak that is set to be auctioned on February 7th, 2022. The collection consists of a 1/1 dynamic NFT and a dynamic open edition in which anyone can participate.

AssangeDAO aims to raise ETH to purchase the 1/1 dynamic NFT. The dynamic NFT is minted using manifold.xyz smart contracts and will be auctioned off on a dedicated website by Pak. Proceeds raised from the NFT sale will benefit Assange's legal defense fund and campaign to raise awareness about the free speech implications of his case. We aim to form a dedicated community and network that can aid in the fight for the liberation of Assange.

Contribute ETH to the AssangeDAO via Juicebox (see below in 'How it works' section). The funds will be used to bid on the Censored NFT auctioned to benefit Julian Assange's legal defense fund. (Do not send AssangeDAO other assets. All other assets will be considered a donation to the DAO’s treasury— to be governed by AssangeDAO — and are not eligible for refunds.)

Have any ideas for what else we can do as a community to free Assange? Share them in the #ideas channel.

Compete against the AssangeDAO in bidding on the Censored NFT. We will be happy if we lose the auction since we know we have still succeeded in raising money for this cause.

The DAO is fully community led. Following the footsteps of ConstitutionDAO, AssangeDAO will be collecting ETH via JuiceBox in which each participant will contribute ETH and in return receive a proportional share of a governance token, $JUSTICE. JuiceBox is a tried and tested platform for for pooling funds with large groups of people with a clear mission statement.

$JUSTICE will be the token that governs the AssangeDAO. Initially, as many other DAOs in the space, the DAO's governance mechanism will involve a Gnosis Safe multi-sig wallet with trusted individuals in the crypto space as the initial signers (Amir Taaki, Rachel-Rose O'Leary, Fiskantes, McKenna, and Silke Noa). $JUSTICE holders will be able to vote on governance proposals via a snapshot governance page which will dictate the future direction of the DAO. Additional Gnosis Safe governance modules may be added in due course. The Gnosis Safe multi-sig wallet address of AssangeDAO is 0x7BE99ca4E6893ef57cf349ab56307628100feA00.

If the Censored auction is won by the DAO, the NFT will be held on behalf of the $JUSTICE holders in a multi-sig. The community will decide via governance what to do with the NFT and the future roadmap of the DAO. If the DAO loses the auction for the NFT, the Gnosis Guild Zodiac Exit Module will be added to the Gnosis Safe by the Safe signers. The ETH in the Gnosis Safe will then be redeemable for $JUSTICE tokens. This module will only be added to the Safe if the auction for the NFT is lost, to provide a way for:

The DAO to continue to live on regardless of if we win the auction.

People to easily exit the DAO with all contributions they made if they only participated because of the NFT.

We have prepared an initial governance model for the DAO, which is shown in the diagram above, and can be ratified by our first vote. First, community members will share a draft of the proposal in the forum for discussion with the community. This proposal template should be used.

If the proposal is accepted by the Consensus Unit, it will be added to Snapshot. $JUSTICE holders will be able to vote on accepting or rejecting the proposal.

Where required, successful community proposals will be executed by the Justice Safe signers or self-execute via the Zodiac Reality module.

"Created via: Web app"
Oleksandr Rumiantsev created this topic on 11 Feb, 2022
Edits made to:
Infobox (+2 properties)