Artik & Asti ("Artik and Asti") is a Ukrainian pop group founded in 2010 by producer and performer Artem Umrikhin. The group includes Artik (Artem Umrikhin) and Asti (Sevil Veliyeva, who replaced Anna Dzyuba, who left the band in November 2021). 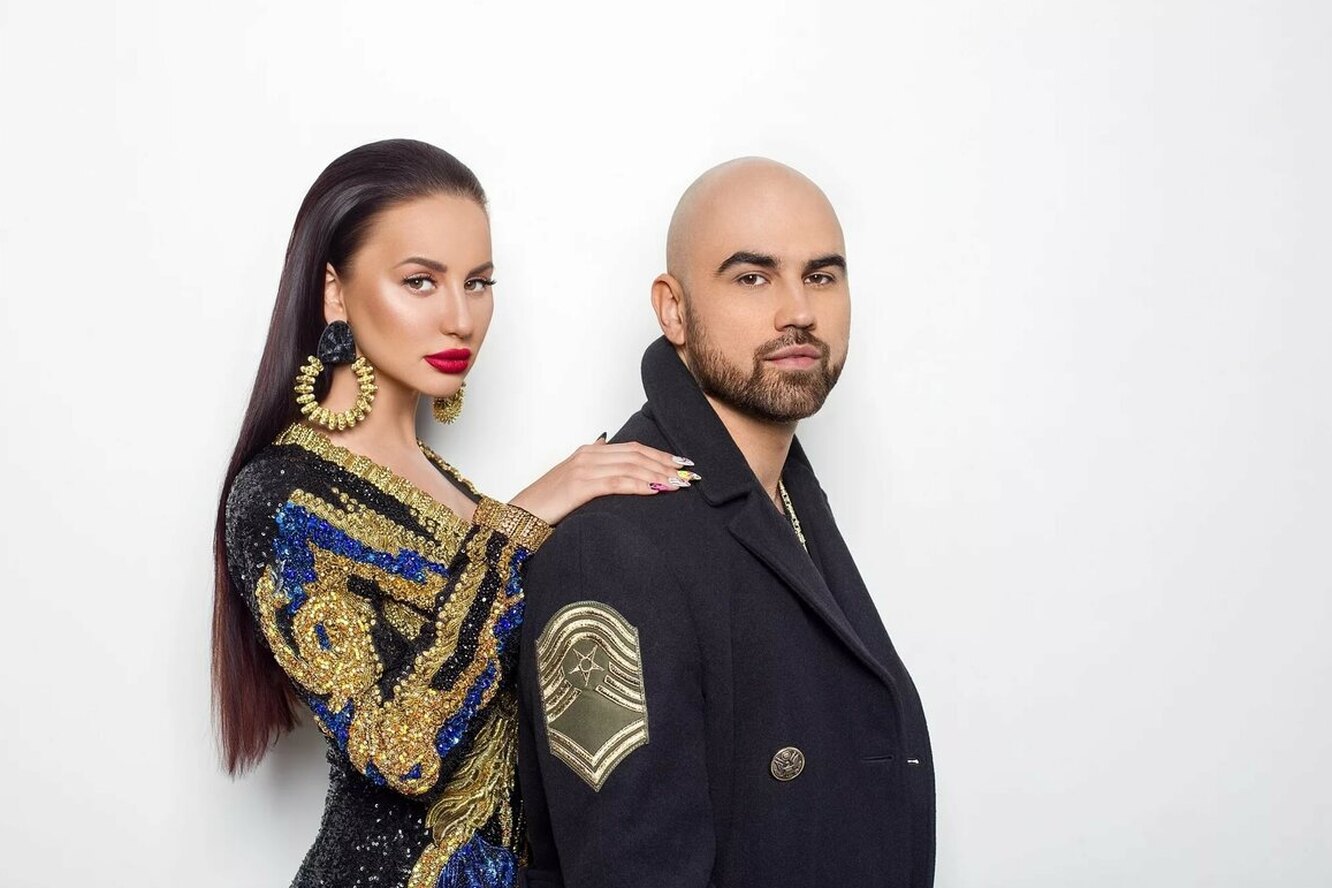 In 2010, producer Artem Umrikhin decided to create a new musical project, but for this he needed a vocalist. On the Internet, he came across a recording of Anna Dzyuba and offered her cooperation. In a music studio in Kiev, they recorded their first joint compositio. The first song of Artik & Asti was the composition "Antistress". The second song "My Last Hope" got into the radio and brought the band fame . The video for the song has gained about 1.5 million views on Youtube in a few months. The band has toured a lot in Russia and Europe[6].

In 2013, the debut album of the group "#Rayodinnadvoikh" was released.

In February 2015, the presentation of the second album "Here and Now" took place, which included 12 songs. According to Yandex. Music and Yandex.Radio, the album became one of the most popular in Russia in 2015. In February 2016, the band presented a video for the song "You can do anything". Director Rina Kasyura decided to shoot a video clip in the spirit of the film "50 shades of grey". The main roles in the video were performed by actress Agnia Ditkovskite and ballet dancer Ayhan Shinzhin . On July 8, 2016, the single "I am Yours" was released on iTunes. On August 8, the duo presented a lyric video, which has currently collected more than 1.5 million views, and the premiere of the official video clip for this song took place on September 19, 2016.

On March 2, 2017, the musicians announced the date and name of the third studio album in the official VKontakte group. The longplay was named "Number 1", and the release was scheduled for April 21. On March 16, 2017, the premiere of the single "Indivisible" took place. On November 6, the artist of the label "Black Star Inc." Misha Marvin released his second mini-album "Feel", in which the group participated in the recording of the joint track "Together". On February 15, 2019, the single "Sad Dance" was released, recorded with the participation of Artem Kacher. This track became a real hit and took the first places in many charts.

On March 29, 2019, the premiere of the first part of the mini-album "7 (Part 1)" took place. In support of the album, in addition to the single "Sad Dance", a second single and a video clip "Under Hypnosis" were released. The video clip was directed by Alan Badoev. A little later, the band announced that in November it plans to release the second part of the mini-album "7 (Part 2)", but in September the release was postponed to February 7, 2020. The band also announced that along with the release of the album, the first single "Girl Dance" and a video clip for it will be released. The director once again became Alan Badoev.

On November 2, 2021, Artik announced the departure of singer Asti from the band. The Group continued its activities with a different composition.

On January 21, 2022, the track "Harmony" and the new soloist of the group Sevil Veliyeva were presented.

Artem Igorevich Umrikhin (Artik) was born on December 9, 1985 in the city of Zaporozhye. At the age of 11, he became interested in hip-hop. He made his first recordings in 1997. He performed in local clubs. In 2003, he founded the Karaty group and moved to Kiev. His band immediately became popular. Later Artik collaborated with many famous artists, including Yulia Savicheva, Anna Sedokova, Dj Smash, Ivan Dorn.

Anna Dzyuba (Asti) was born on June 24, 1990[3], grew up in the city of Cherkasy. Since childhood, she has been fond of music. As a teenager, she recorded her first songs. On November 2, 2021, she left the band, starting her solo career

On January 21, 2022, a new soloist of the group Sevil Velieva was introduced.

Nominees of the award "Russian MusicBox" in the nomination "Best promotion".

The nominees of the "Russian MusicBox" award in the "Dance of the Year" nomination for the song "I will not give it to anyone."

The album "Here and Now" has received the status of a triple platinum release in Russia.

Golden Gramophone Award for the song "You can do anything".

The award "Top Hit Music Awards" is a victory in the nomination "Radiovzlet".

The Highest League Award for the song "You can do anything".

Award nominees " RU.TV "in the nominations: "Best Start" (for the song "I won't give it to anyone") and "Best acting role in a video" (for the clip "You can do anything").

At the Muz-TV Awards 2016, the group was presented in the nomination "Breakthrough of the Year".

Golden Gramophone Award for the song "Indivisible" and "I won't Give it Away".

Awards "Russian MusicBox" victory in the nomination "Group of the year".

The Highest League Award for the song "Indivisible".

The "Insta Awards" award is a victory in the nomination "INSTA duo of the Year".

Nominees of the award "RU.TV" in the nomination "Best group" and "Best duet" (feat Marcel).

Nominees of the "HEAT Music Awards" in the nomination "Album of the Year— - "Number-1", "Duo of the Year" (feat Gluck'oza).

Nominees of the Golden Gramophone Award for the song "Number-1".

Nominees of the award "RU.TV" in the nomination "Best group".

The Muz-TV Award is a victory in the nomination "Best Pop Group".

The "Fashion People Awards" award is a victory in the nomination "Group of the Year".

Award "RU.TV " the victory in the nomination "Best group" and the nominees in the category "Dance floor Star " for the song "Why do you need me?!".

The Muz-TV Award is a victory in the nomination "Best Pop Group".

Song of the Year Award for the song "Girl, Dance"

Golden Gramophone Award for the song "Moscow Believes in Tears" (feat. Hands up!)

Award RU.TV in the nomination "Best song" for the composition "Girl dance"