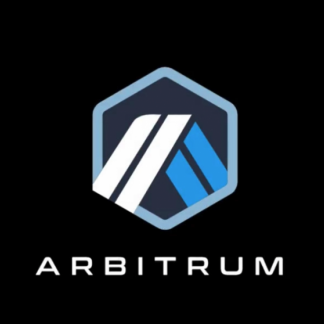 Arbitrum (ARB) is an Ethereum scaling solution developed by Offchain Labs that dramatically reduces costs and latency. As an “optimistic rollup”, Arbitrum instantly scales applications to reduce costs and increase capacity without compromising the security of Ethereum.

It launched as Arbitrum One in early September after a massive $120 million funding round. According to the second layer data platform L2beat, Arbitrum is the most popular second layer network at the moment with a total value of $2.57 billion, giving it a 47% L2 market share.

An aggregator plays the same role that a node plays in Ethereum. Client software can do remote procedure calls (RPCs) to an aggregator, using the standard API, to interact with an Arbitrum chain.

The aggregator will then make calls to the EthBridge and produce transaction results to the client, just as an Ethereum node would.

Most users will use their familiar wallet software to interact with aggregators or the Sequencer. Once you connect your wallet to the Arbitrum network, your wallet will handle the rest.

All Arbitrum transactions are posted on the Ethereum blockchain, guaranteeing that all of the underlying data is available to users. Once a transaction has reached finality on Ethereum, it is considered final and can no longer be replaced or re-reordered. At this point the result of the transaction is fully determined.

Although transaction data is posted on the Ethereum blockchain, transaction execution is moved off-chain and performed by Arbitrum validators. Arbitrum validators report back their results of this off-chain processing in the form of an assertion (sometimes called a rollup block). The assertion is posted on the Ethereum chain optimistically without proof.

Just like aggregators, being a validator is completely permissionless and open to all.

Validators post a stake, which they will lose if they’re caught trying to cheat. This ensures that validators have an incentive not to try anything dishonest.

Once an assertion is posted, a challenge window opens up during which anyone can challenge that assertion. Other validators check the assertion and prove fraud if it's wrong. Arbitrum has a custom proof system that guarantees proving fraud is highly efficient. Validators that successfully prove fraud will receive a large reward. A validator who is caught cheating will lose a large deposit. (That’s where the reward comes from.)

Crucially, it only takes one honest validator to guarantee correct execution. And since validation is entirely permissionless, anyone in the world can watch the Arbitrum chain and ensure that it executes correctly. Even if everyone else in the world is dishonest, one honest person can force the Arbitrum chain to execute correctly (and make a tidy profit from taking the deposits of attempted cheaters).

If the challenge window expires without a successful challenge (or, in the unlikely event of a fraud attempt, once the fraud is proven and the correct outcome determined), the correct assertion is confirmed and accepted by Ethereum. Arbitrum is guaranteed to prevent fraud as long as anyone honest is validating. Withdrawals from Arbitrum require confirmation, but Arbitrum supports pipelining so the chain continues to execute and make progress even while assertions are awaiting confirmation.

"All official media use this logo"
Yoyo wei edited on 2 Nov, 2022
Edits made to:

zhu zhu edited on 2 Nov, 2022
Edits made to:
Infobox (-6 properties)
Infobox
Is a
‌
Acquisition