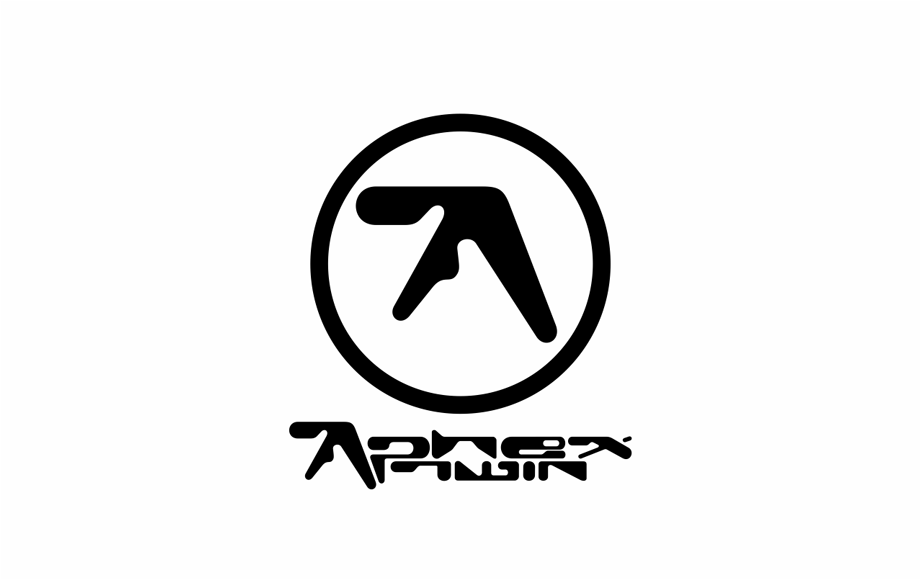 Richard David James was born of Welsh parents Lorna and Derek James at 5:00 AM on August 18, 1971 in St. Munchins Limerick Regional Maternity Hospital, Ireland. James grew up in Lanner, Cornwall,England. He "liked growing up there, being cut off from the city and the rest of the world. James was educated at the Redruth School located in Redruth, Cornwall.

As a child he experimented on the strings and hammers of the family piano. According to Benjamin Middleton, James started producing music at the age of 12. As a teenager he DJed at the Shire Horse in St.Ives, with Tom Middleton at the Bowgie Inn in Crantock, and also along the numerous beaches around Cornwall. From age 16 to 18 James studied for a National Diploma in Engineering from 1988 to 1990 in Cornwall College. James describing his course has said "music and electronics went hand in hand". According to his teachers he passed the course, although he listened to his mixes on his headphones during practical lessons.

James met Grant Wilson-Claridge in 1989, while they were DJing on alternate weeks at the Bowgie in Newquay, Cornwall. Wilson-Claridge was intrigued by James sets and was later surprised to discover that James was playing tapes of his own music.

Richard James's first record was the 12-inch EP Analogue Bubblebath released as AFX, the last two tracks of which were made with Tom Middleton aka Schizophreni. It was played on the KISS FM playlist, an influential London pirate station, which helped the EP become a success.

In 1991 James formed Rephlex Record with his friend Grant Wilson-Claridg to promote: "Innovation in the dynamics of Acid - a much loved and misunderstood genre of house music forgotten by some and indeed new to others, especially in Britain."

Between 1991 and 1993, James released three Analogue Bubblebath EPs under the name of AFX, two Bradley Stride EPs, and three Caustic Window EPs. Under the Power-Pill name he released the Pac-Man EP based on the arcade game Pac-Man. Under the Aphex Twin name he released the Xylem Tube EP and Digeridoo (single), a fast-paced song designed to tire dancers at the end of a DJ set that reached #55 on the UK charts, and was later described as forshadowing drum and bass by Rolling Stone. Didgeridoo was recorded initially for the benefit of FIZZ-BOMB (at the Shire Horse, St Ives, Cornwall). These early releases came out on Rephlex Records, Mighty Force of Exeter, and R&S Record of Belgium.

Early in his career, James moved to London to take an electronic course at Kingston University, but at the time admitted to David Toop that his "electronics studies were already slipping away as a career in the techno business took precedence". After quitting his course, James remained in London and released a number of albums and EPs on Warp Record and other labels under many aliases, including AFX, Polygon Window, and Power-Pill. A number of Richard's tracks (released under the aliases Blue Calx, The Dice Man, and others) were also included in various compilations during this time. Local legend has it that James lived on the roundabout in Elephant and Castle, South London during his early years in the capital.

The first Aphex Twin album, Selected Ambient Works 85-92, was released in 1992 on R&S Records. John Bush of the All Music Guide described it as a "watershed of ambient music". Rolling Stone magazine wrote of the album: "Aphex Twin expanded way beyond the ambient music of Brian En by fusing lush soundscapes with oceanic beats and bass lines". Critics also noted that the songs were recorded on cassette and that the sound quality was "relatively poor". Warp Record has billed the album as "both the birthplace and the benchmark of modern electronic music every home should have a copy."

Warp Records pressed and released Selected Ambient Works Volume I in 1994. The sound was much less beat-driven than the previous volume. Except for one song explicitly named "Blue Calx", all of the track names were described with pie char symbols, each of which was meant to be paired with a corresponding image in the album jacket. To decipher song titles, listeners had to pair each numbered symbol with the correct image (for example, the first title, which is often labeled "cliffs", is realized by pairing the first symbol with the first image, which is that of a rocky cliffside). James stated in The Wire (magazine) and other media that these songs were inspired by Lucid dreaming|lucid dream and synesthesia.

For his 1995 release, Care Because You D, James used an image of his face for the album cover; a motif that would continue on many of his later records. The album was a compilation of songs composed between 1991 and 1994, and represented a mishmash of Aphex Twin's various music styles. This was Aphex Twin's last record of the 1990s to use mostly analogue synthesizer. Aphex Twin collaborated with minimalist composer Philip Glass to make an orchestral version of one of the songs from this album, "Icct Hedral".

In 1995 (primarily with Hangable Auto Bulb, a near anagram of Analogue Bubblebath), he began releasing more material composed on computers, combining a jungle music with nostalgic childhood themes and strange computer-generated acid lines. Aphex Twin's early adoption of software synthesizers predated the later popularity of using computers to make music. The late 1990s saw his music become more popular and mainstream, as he released the Richard D. James Album, "Come to Daddy" (#36 on UK charts) and "Windowlicker" (#16 on UK charts), both of which were shown on MTV and became cover features for music magazines such as NM. The videos for both singles were directed by British artist Chris Cunningham and caused controversy on their release due to disturbing images and themes.

In 2001 Aphex Twin released his most personal album yet, drunk, a 2-CD album which featured prepared piano songs influenced by Erik Sati and John Cag. It is notable that many of the tracks names are written in the Cornish language (e.g. 'jynweythek' translatable as 'machinemusic'). Also included were abrasive, fast and meticulously programmed computer-made songs. Rolling Stone described the piano songs as "aimlessly pretty". Some reviewers concluded that drukqs was released as a contract breaker with Warp Records—a credible guess, as James' next big release came out on his own Rephlex label. Richard told the interviewers he had left almost all the album's tracks on an MP3 player that he accidentally left on a plane with "Aphex Twin - unreleased tracks" written on it, and rushed its release to pre-empt an Internet leak.

In late 2004, rumours of James' return to an acid techno based sound were realised with the Analord series. This series concentrated on producing fully analogue pieces of music, written and recorded on analogue equipment and pressed to vinyl. James was very meticulous about the whole process of Sound recording and reproduction, Audio mastering and pressing. However, label co-owner Grant Wilson-Claridg convinced James to release a digital CD, Chosen Lord, which included a selection from the Analord series, with some tracks slightly altered to improve the flow of the album.

For the Analord records, James used his extensive collection of Roland drum machines which he bought when they were still at bargain prices. He also used one of the rarest and most desirable synthesizes of his generation, the Synton Fenix, and the notoriously difficult to program Roland MC-4 Music sequencer|sequence (a sequencer with a reputation for excellent timing), as well as the famous Roland TB-303 for his trademark acid melodies.

Recently, rumors in the media suggest Aphex Twin is now recording under one or more secret new aliases, such as The Tax.

Aphex Twin was born in Luimneach.