Imam Malik ibn Anas was born in 93 Hijri (711 AD) in the village called Zul-Marwa in Madina. His father, grandfather, and great grandfather were all renowned people among the scholars of Hadith. It is reported that his great grandfather was a companion who fought several battles alongside the Prophet (ﷺ).

Imam Malik grew up in a household of scholarship, but he himself was not very sincere with his studies at a very early age. Imam Malik used to spend time playing around and, particularly, he was engrossed with pigeons and birds. One day, when Imam Malik was around 10 years old, his father called him and asked him a question to test his intellect but he could not give the right answer. His father reproached him by saying that he will remain uneducated for his entire life if he does not change his lifestyle. This sharp criticism shook the self-esteem of Imam Malik at that time, and with his mother motivating him immensely, he became sincere in his studies.

Imam Malik then totally detached himself from almost everything and dedicated most of his time to studying the religion. He learned and memorized the Qur’an in his youth, and he recited to Imam ul-Qurra, Nafi` ibn Abdur-Rahman (whose recitation is the foundation of the entire Sunni Muslim Ummah today).

With the passing of time, Imam Malik became the most famous of the time, and his fame reached the pinnacle during his lifetime, unlike the other three great Imams of Sunni Islam, whose popularity increased gradually and continued to increase only after their death. One of the main reasons behind this was the location. Imam Malik never ventured outside Madina except for going to Hajj – he was in immense love for the land of the Prophet (ﷺ).

Due to this reason, he had the opportunity to meet almost every great scholar of his time including Abu Hanifa, Abu Yusuf, Lais ibn Saad, and so many. For the very same reason, he had students from every part of the Muslim world, and among his students, the most famous were Imam Shafi, Imam Sufyan At-Thawri, Ibnu Jaraji, and Abdullah ibn Mubarak. There are narrations that indicate that around 1300 scholars of that time were direct students of Imam Malik.

Despite his popularity and acceptance towards everyone, he was a very modest person. He devoted his life to knowledge and in the sincere worship of Allah. He did not own any houses. According to one version, Imam Malik was a tenant at the house which used to belong to the great Companion Abdullah ibn Masud. Another interesting fact about the Imam is that he used to dress up very nicely, as he was of the view that wearing beautiful clothing enhances the presentation of a person.

Imam Malik also used to maintain strict discipline in his class. Everyone was treated equally, and there were no special seating arrangements for the influential figures of his class, including the Caliph himself.

Revered by Sunni Muslims across the world, Imam Malik was one of the greatest scholars of Hadith of all time. His book Al Muwatta was the third comprehensive book written and compiled regarding Hadith and the first one which has 100% authentic Hadiths, according to Sunni Muslims. After examining hundreds of thousands of Hadiths, he picked a handful of them for his book and organized them subject-wise e.g. Prayer, Zakat, Fasting etc.

Scholars of the time consider the Muatta of Imam Malik as Sahih (i.e. a book of 100% authentic Hadiths) like Sahih Al Bukhari and Sahih Muslim, but the reason for it not being very popular these days is that most of its Hadiths can be found in Bukhari and Muslim. According to Imam Bukhari, the most authentic chain of narrators of Hadith, i.e. Golden chain, is a narration from “Malik from Nafi from Ibn Umar and finally, the Prophet (ﷺ)”.

Imam Malik married only one wife and he had three sons and one daughter. None of his sons came into the realm of knowledge but his daughter named Fatima binte Malik became a scholar. She memorized the entire Muwatta and she used to attend classes of Imam Malik from behind the doors. Whenever a student of Imam Malik made a mistake she used to knock at the door and inform her father about the mistake.

Unlike the other three great Imams of Sunni Islam, Imam Malik had a very good relationship with the Caliphs and he used to accept gifts from them and visit their palaces in Madina. However, such a relationship was never a barrier for him to give Islamic verdicts independently and he always declined to hold any governmental post. He always advised the rulers of the time with sincerity and never distorted any rulings to please them. Because of this, once the Governor of Madinah arrested and flogged him publicly for issuing a verdict against the opinion of the ruling of Caliph Al Mansur.

When the Caliph came to know about it, he dismissed the Governor and apologized to Imam Malik. It is reported that Caliph Al Mansoor suggested that Imam Malik’s book, Al-Muwatta, should be put in the Holy Kaaba and the entire Ummah will be commanded to follow its rulings. However, such a proposal was turned down by Imam Malik.

Imam Malik died in 179 Hijri (795 AD) when he was 87 years old. The news of his death engulfed the entire Ummah with grief. When Sufiyan ibnu Uhaina heard about the demise of Imam Malik, he said with a heavy heart that no second one can be found on the face of the earth after Imam Malik. 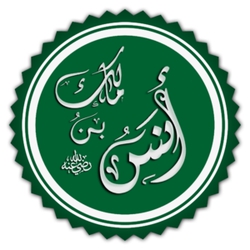