The Matador is a bullpup rifle.

The Matador is a bullpup rifle.

This rifle is the flagship of EDgun. It was the appearance of Matador in 2004 that caused the bullpup craze among all manufacturers of airguns around the world.

The bullpup system, the overall length of the weapon is significantly reduced without changing the length of the barrel and, accordingly, leaving all the characteristics of a full-sized traditional rifle unchanged. The bullpup is the Ideal layout for work in limited conditions (dense shrubbery, car interior, etc.). 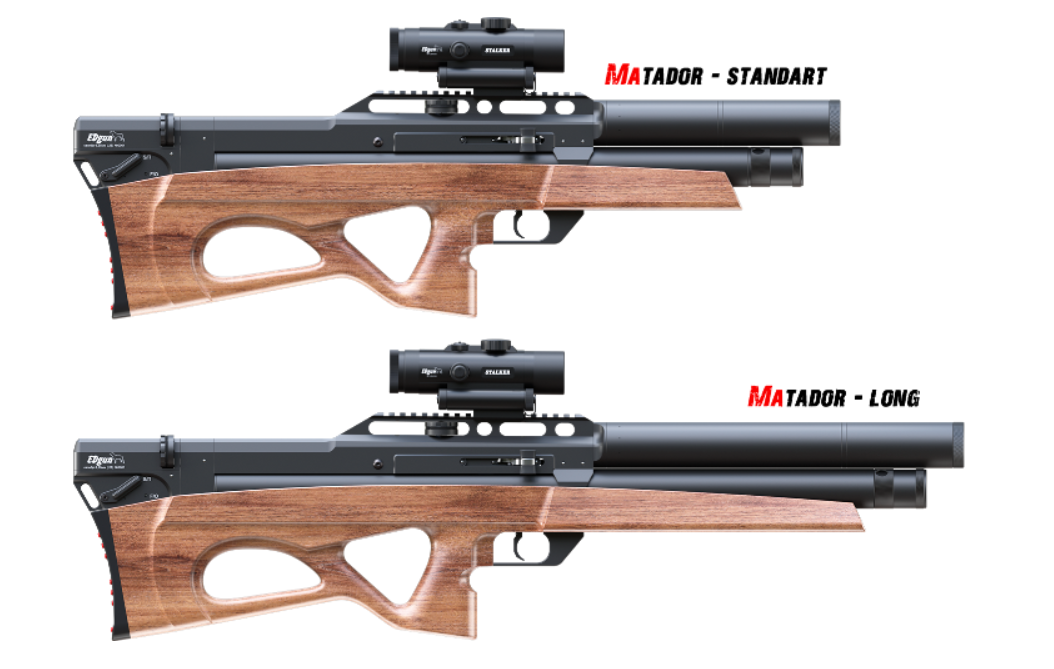 The Matador was created by EDgun back in 2004. The recognizable design became the template for many PCP pneumatics manufacturers around the world to produce their bullpups based on the original R2 configuration.

During the production of Matador, it has improved many times and changed, becoming more robust, powerful, and reliable. The current version of the famous "Matador" - R5M was no exception. The R5M enjoys a new construction, improved finish, and ergonomics.

The R5M is multi-shot, with a front, two-sided cocking levers, this system is convenient for use by both left-handed and right-handed shooters.

The rifle has a double-sided safety that locks not the trigger, but intercepts the hammer, making it completely safe. The new eccentric moderator of increased volume with the same linear dimensions is much more useful than previous versions. This new system significantly reduces the muzzle report. 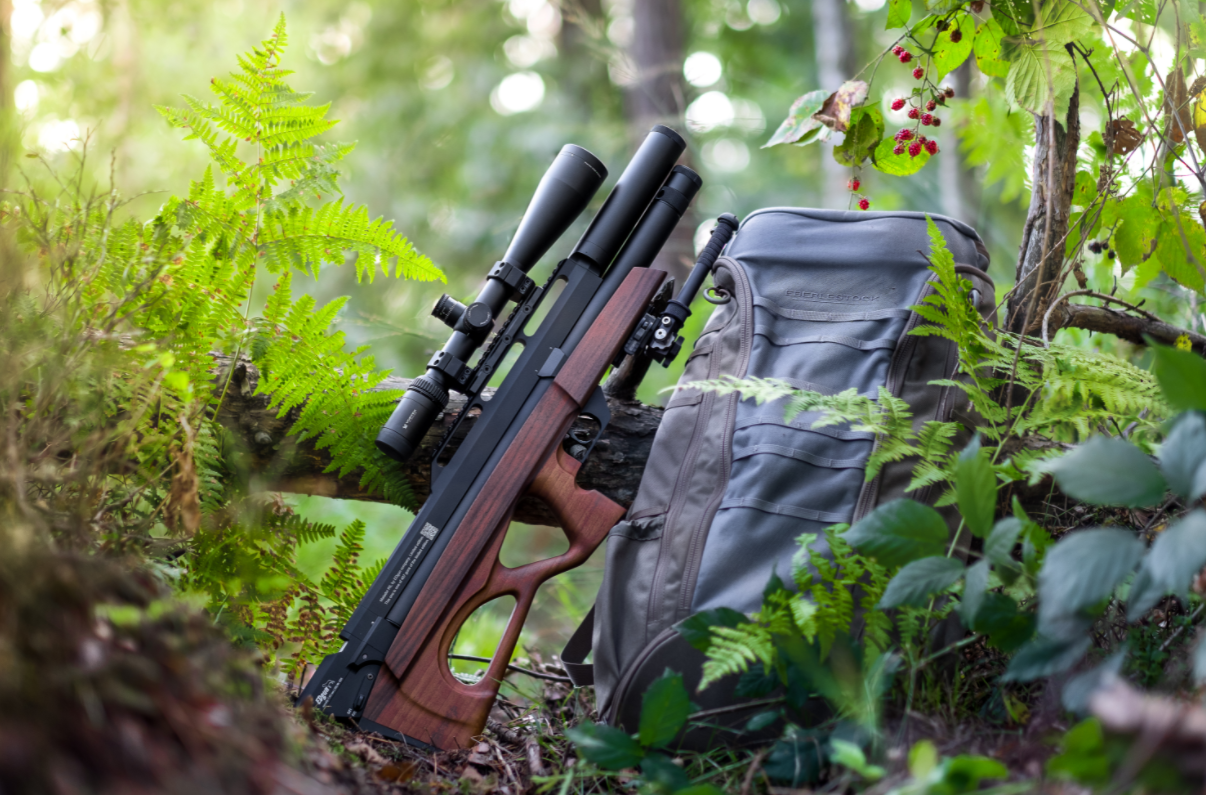 The barrel located inside a duraluminum made CNC from a single piece of metal together with a Picatinny rail. Together this gives the entire structure excellent rigidity and resistance to damage and point of impact change.

During the design of the rifle, special consideration given to ease of maintenance and product service for the average owner. The successful model has proven that even the most novice owner can service their rifle in a few minutes. 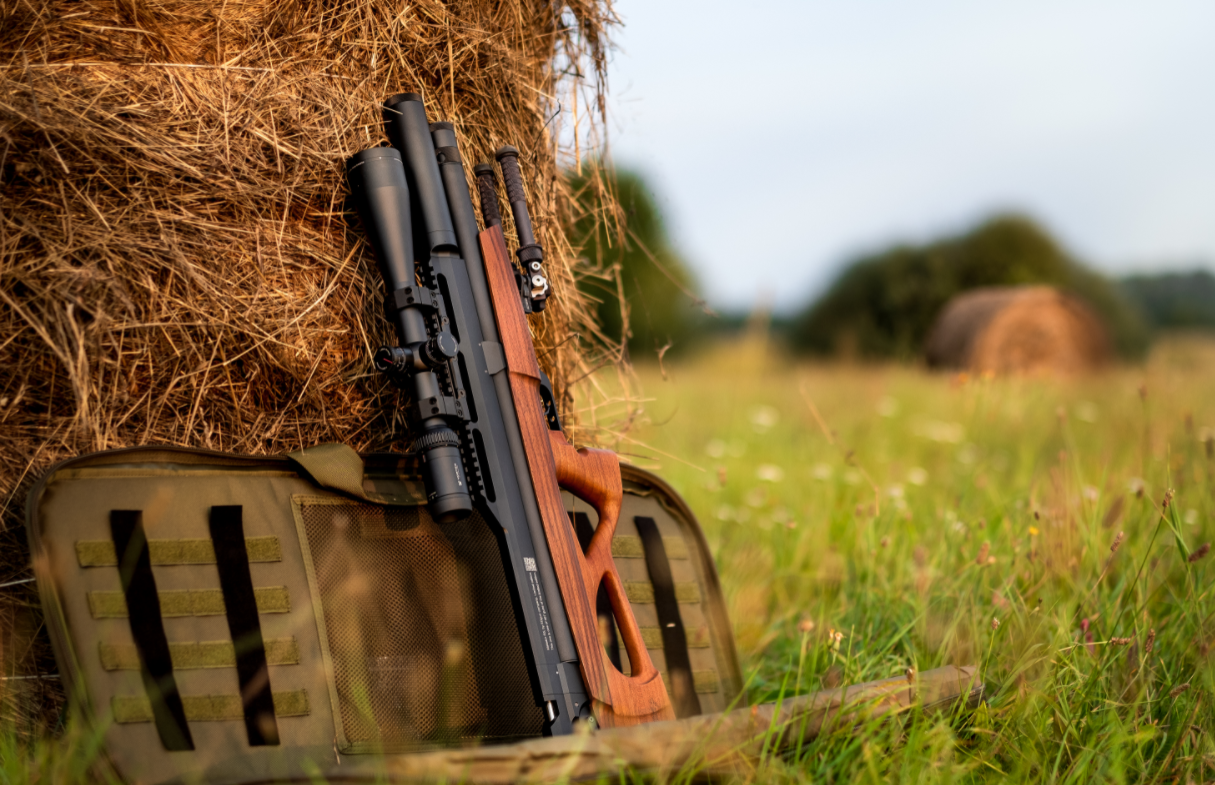 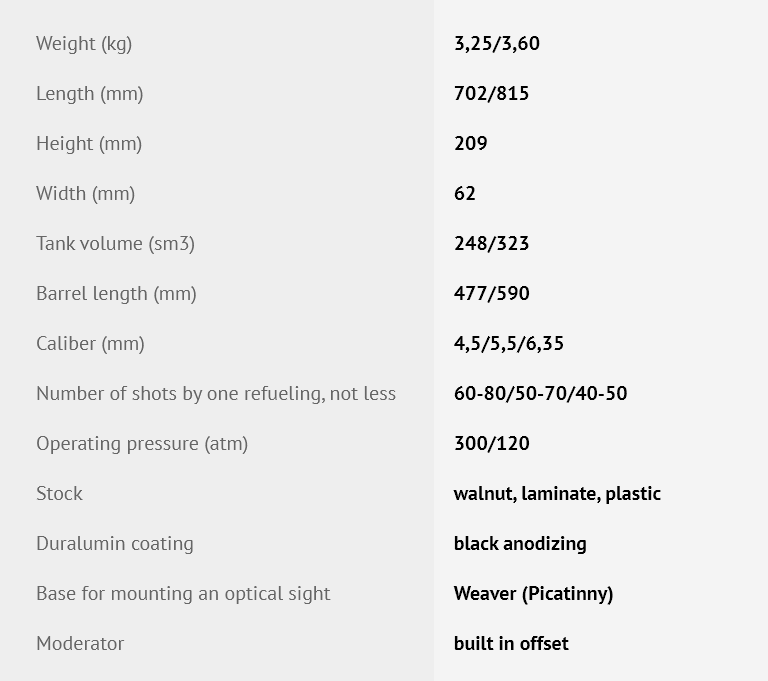 Title
Date
Link
edgun.ru/en/products/rifles/air-rifle-matador/
Is a