Who was Agatha Christie?

Agatha Christie, known as the ‘Queen of Crime,’ was a renowned English writer who wrote over 66 detective novels. She is best known as the creator of Belgian detective ‘Hercule Poirot’ and village lady ‘Miss Marple.’ She is credited for writing the world’s longest running play ‘The Mousetrap.’ Her first successful publication was ‘The Mysterious Affair at Styles’ which introduced her character ‘Poirot.’ According to ‘Index Translationum,’ her books have been translated into 103 different languages, and her works rank third after the works of William Shakespeare and the Bible, as the world’s most widely published books. Her novel ‘And Then There Were None’ deserves special mention as her best-selling novel. Around 100 million copies of the novel have been sold till now. For her noteworthy contribution in the field of detective stories, she received several awards, such as ‘Grand Master Award’ and ‘Edgar Award.’ A number of films, television series, video games, and comics have been made based on her stories. Her character ‘Poirot’ is the only fictional character for which ‘The New York Times’ published an obituary, which is a clear indication of the character’s popularity. 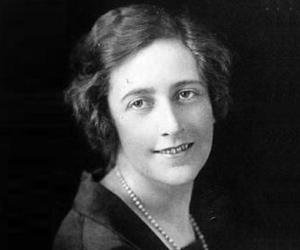 Her first short story was ‘The House of Beauty’ which described the world of ‘madness and dreams.’ She continued writing short stories that showcased her interest in spiritualism and paranormal activities.

She wrote a novel titled ‘Snow Upon the Desert’ which she sent to some publishers under the pseudonym Monosyllaba. Unfortunately, the publishers were reluctant to publish her works.

During ‘World War I’ in 1914, Agatha joined the ‘Voluntary Aid Detachment.’ During her service there, she attended to injured soldiers at a hospital in Torquay, England.

She was an avid reader of detective novels of prominent authors like Sir Arthur Conan Doyle. Drawing inspiration from such novels, she wrote the detective novel ‘The Mysterious Affair at Styles’ which housed the popular character ‘Hercule Poirot.’

In October 1920, John Lane at ‘The Bodley Head’ agreed to publish ‘The Mysterious Affair at Styles' on the condition of changing the climax of the novel.

Her second novel ‘The Secret Adversary,’ published in 1922 by ‘The Bodley Head,’ introduced the popular characters ‘Tommy’ and ‘Tuppence.’

Her third novel ‘Murder on the Links’ was published in 1923. This novel featured characters like ‘Hercule Poirot’ and ‘Arthur Hastings.’

During the ‘Second World War,’ the experience of working in the pharmacy at ‘University College Hospital’ in London helped her to gain knowledge about poisons. She utilized this knowledge in her post-war crime novels.

She was seen publicly for the last time during the opening night of her play ‘Murder on the Orient Express’ in 1974. The next year, she assigned the rights of this play to her grandson due to her poor health condition.

Agatha Christie was born in Torquay.

Who was Agatha Christie? Everything You Need to Know

Wallingford, Oxfordshire
Nationality
Author of
‌
Murder on the Orient Express
‌
The Murder of Roger Ackroyd
‌
Death on the Nile
‌
The A.B.C. Murders
‌
The Murder at the Vicarage
‌
Partners in Crime